The Kill la Kill meetup was a ton of fun despite the logistics of fitting such a large photo shoot into a relatively small space. It was a jarring contrast as I stayed for Catherine. It was me and a handful of cosplayers, so once again I got to tell people what to do! Other photographers showed up maybe 10 minutes in, and we had a good time trying to come up with creative ways to use the convention center space. 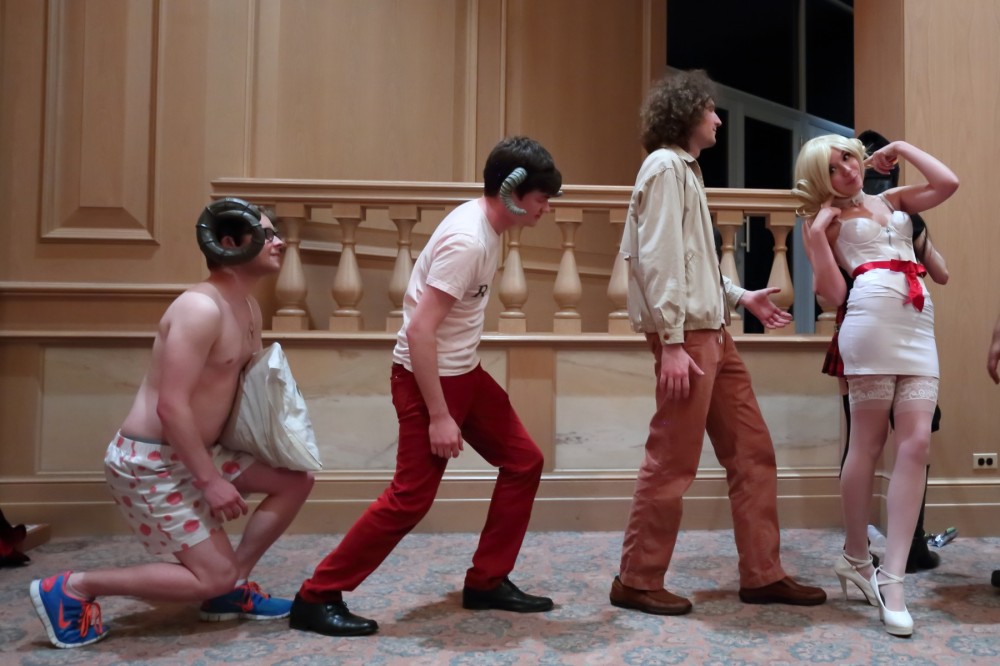 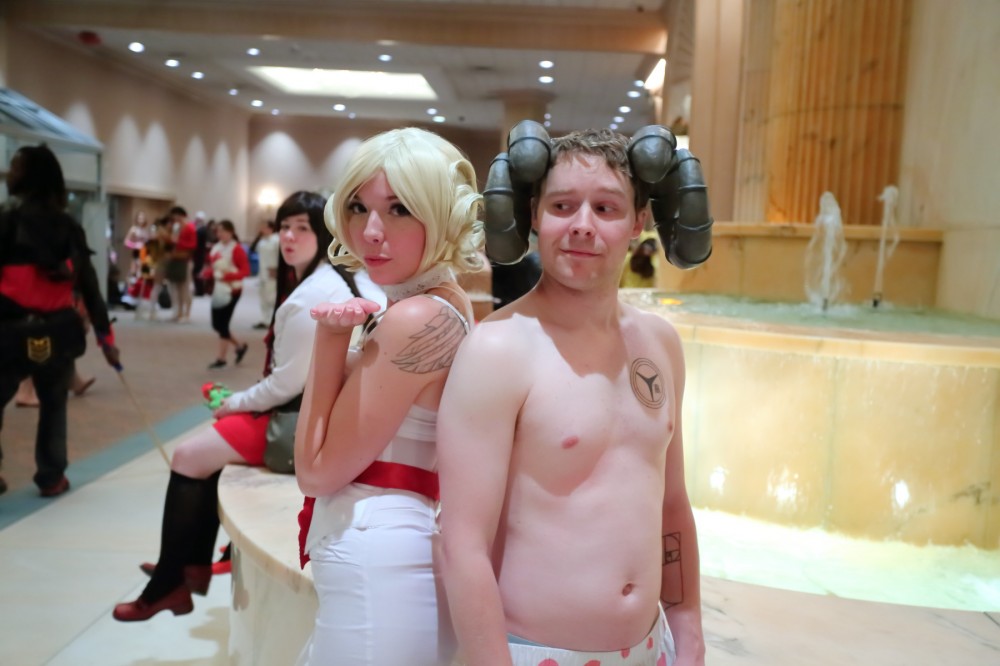 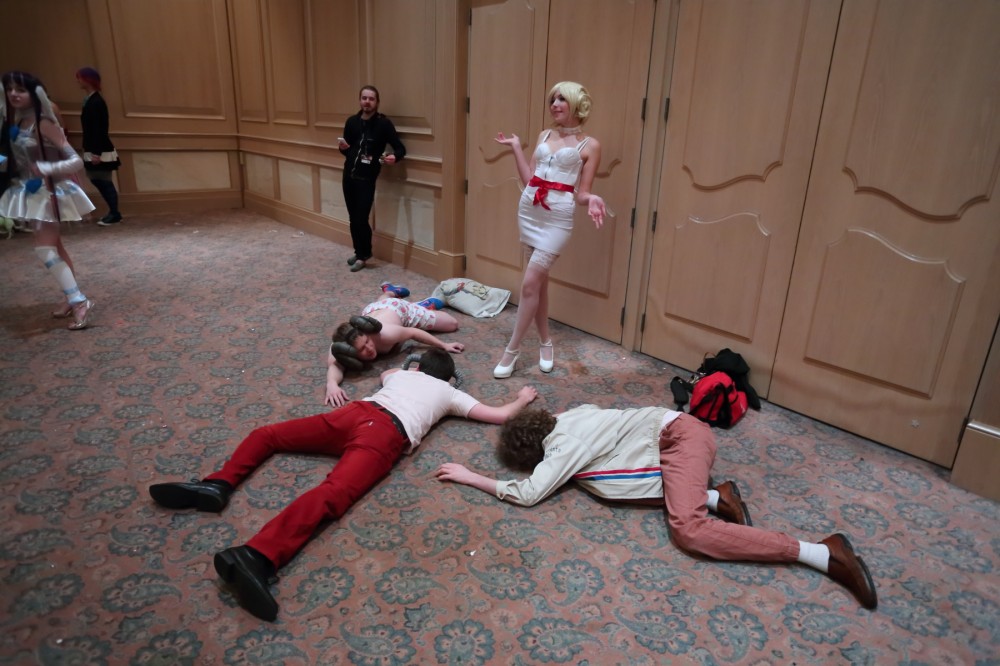 One thing I hadn’t taken into account was the high-ISO performance of my camera. I needed to shoot at high ISO speeds due to the dimness of the ambient light. This caused the noise reduction to become very aggressive, making my end photos rather soft. I think for internet viewing it’s okay (not great), but it probably won’t hold up well in print. With this experience, I think it’s probably time to look into bringing a flash setup with me.

Oh, and a random note about flashes. I see a LOT of photographers at conventions using STO-FEN style diffusers on their flashes. I’d say over 75% of them have the flash tube pointed forward with the diffuser attached. Maybe they’re just too lazy to take it off, but I suspect many of them think it softens the light. They don’t. They’re bare-bulb diffusers, meant to spread out the flash from a roughly forward-pointing beam to one that covers a large area. The light that reaches your subject will still be hard, but if the room is smallish, you’ll get nice soft light reflected from the walls.

For an indoor shoot at a con, I might need to bring a light stand, an umbrella, and just stake out a corner. I’m not sure how easy that would be to accomplish, but I’m pretty sure bouncing the flash in such a huge space wouldn’t be feasible.

I needed to kill some time until the midnight Persona shoot, so I went to check out the burlesque. Turns out like 900 other people had the same idea. To ACen’s credit, they were able to move everyone inside efficiently, and I had no trouble getting a decent seat. The Bubble Pop Burlesque wasn’t all that geared toward anime, although there was some material for gamers. It consists of a series of skits, followed by music and dance. And of course nudity, but not full nudity. If you’re in Chicago and want full nudity in a classy setting, check out one of the Everleigh Social Club’s naked readings. If you’re at ACen and want to get rowdy, have some laughs, and yell a lot, go for the burlesque.

The second day ended on the midnight Persona shoot. I had hit the 15 hour mark at that point, so I really wanted to just get some shots and get out. 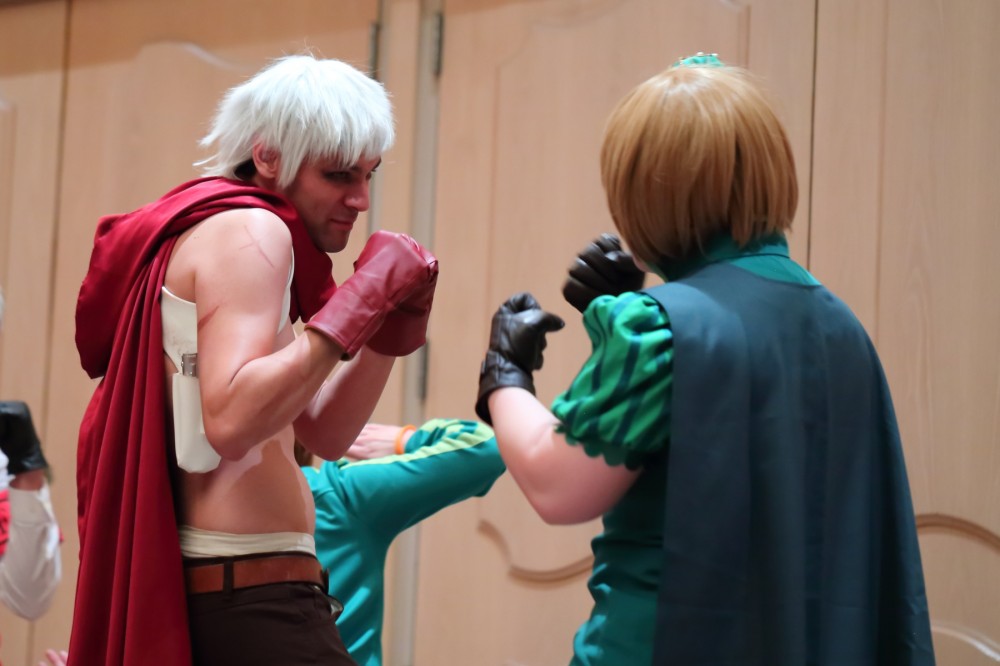 I’m not sure if it was a help or hindrance that I ran out of space on my memory card. I probably missed out on some good shots, but on the other hand it got me to think about the quality of shots I was taking. 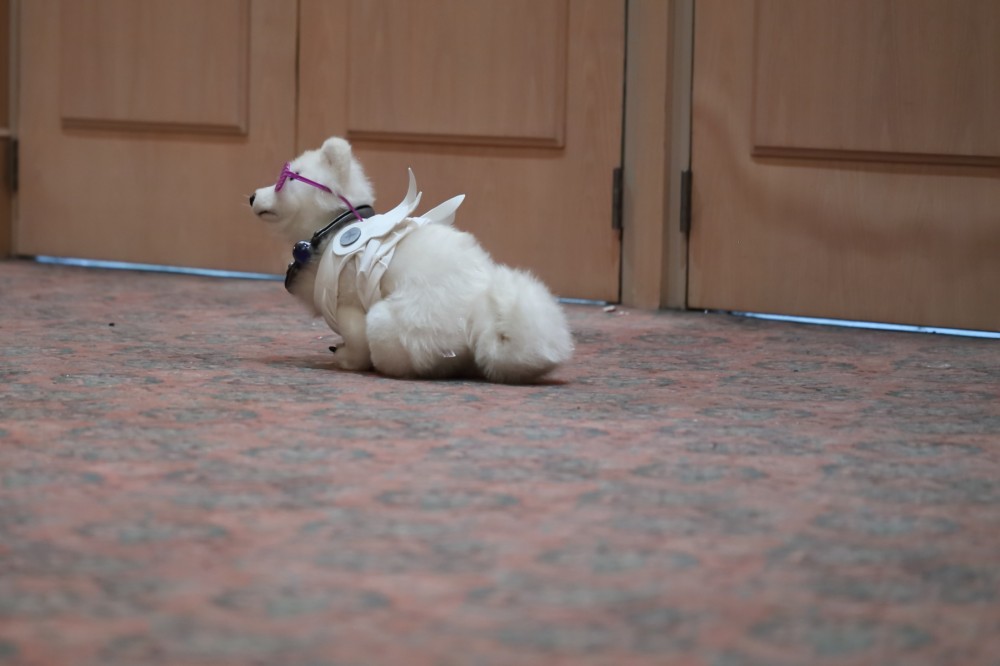 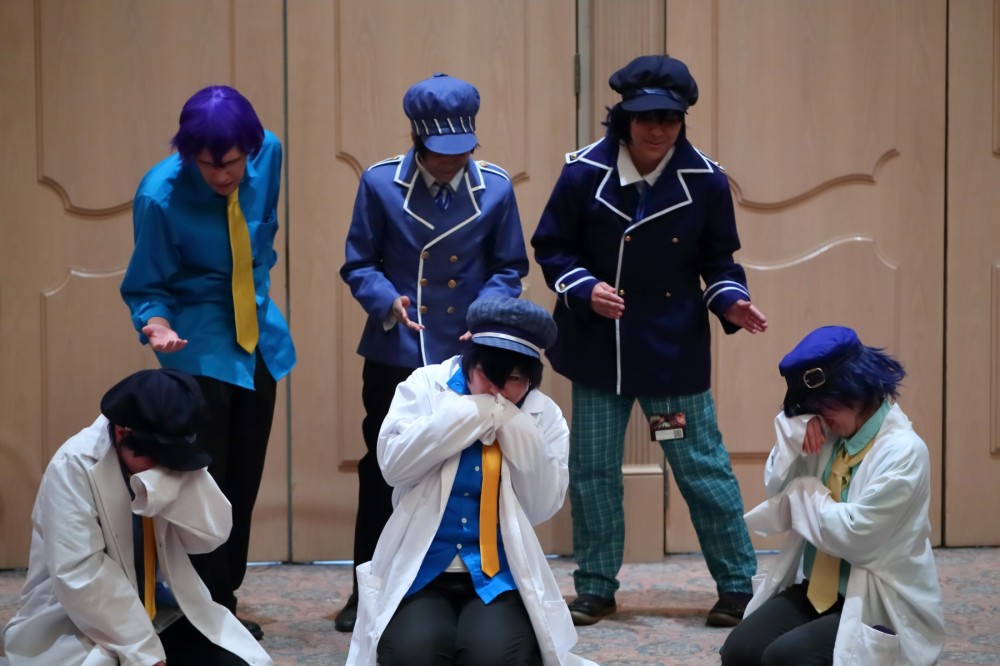 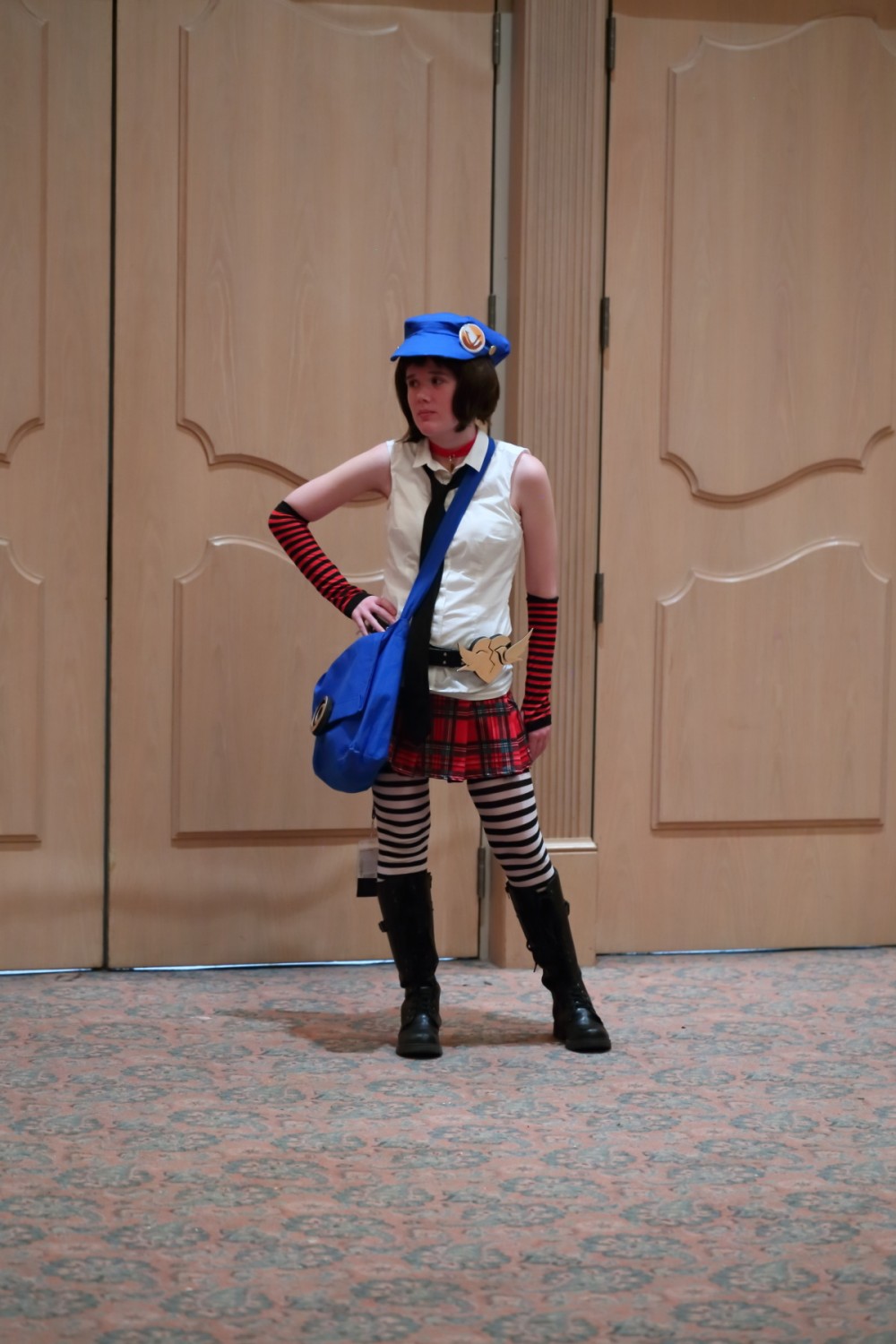 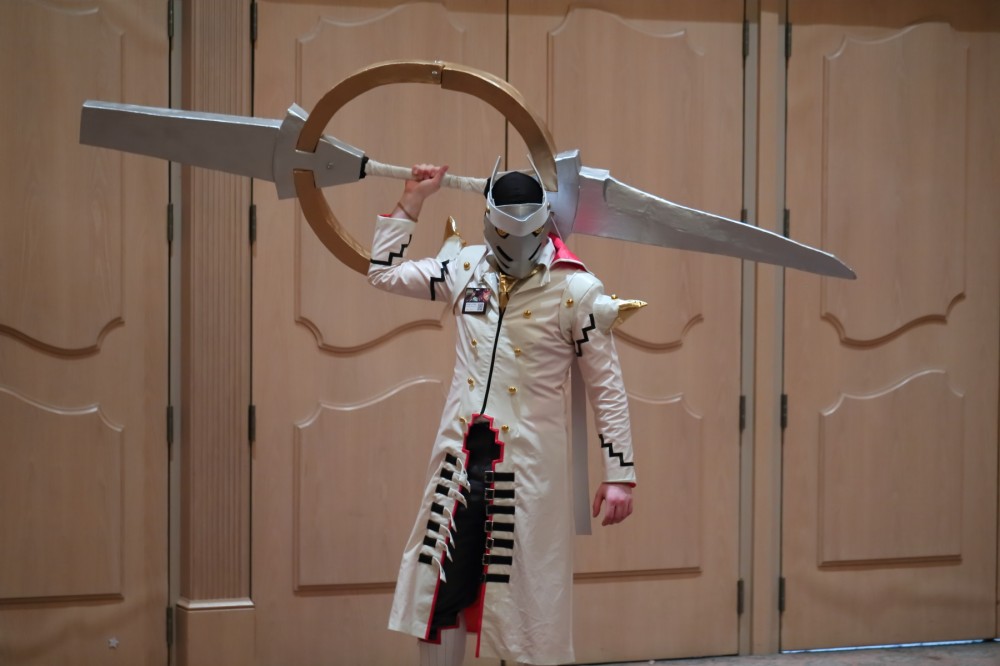 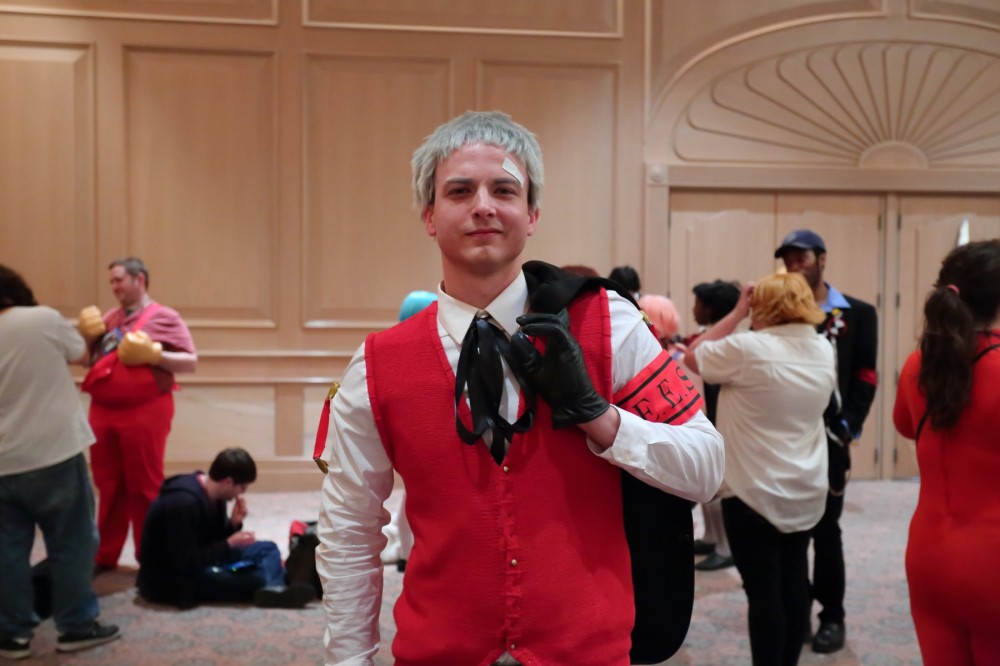 This session didn’t end until 1:30 or so, meaning I was well past 16 hours. My entire body was aching, especially my feet and my left shoulder. You can only make so many preparations for a long day of shooting. The benefits of traveling light and wearing comfortable shoes tends to wear off at around the 10 hour mark. After 16 hours there wasn’t much difference between the loadout I had and being barefoot with a sack of bricks.

It’s not like I was carrying an absurd amount of gear. I had my camera, two lenses, and an iPad. With a messenger bag instead of a backpack, it makes me pack the barest essentials (and gives quick access for lens swaps). Even so, you really start to feel it after half a day. This is one of those things where you just have to tough it out, though. Caffeine and a protein-filled meal both help. 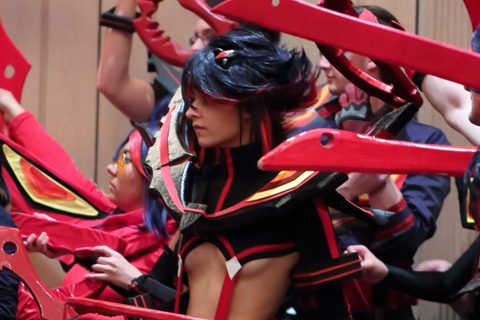 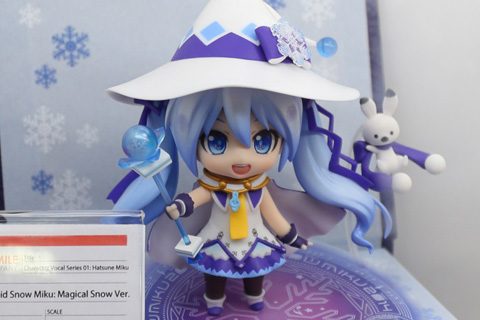 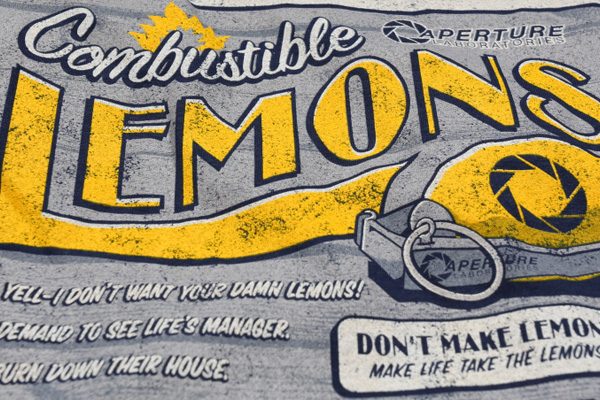