In 1988, Tokyo was destroyed by a powerful new weapon. World War III follows, and Japan is left to rebuild from the ruins. Neo Tokyo is a city that has risen from the ashes near the crater that used to be Old Tokyo. In the streets, life can be harsh, with biker gangs running rampant and the youth difficult to keep under control. Kaneda is the leader of such a gang, and in a chance encounter, his friend Tetsuo gets injured and is taken away by the military. When Tetsuo returns, he seems to have gained some unnatural abilities, as well as the desire to prove that he’s better than everyone else. When Tetsuo gets violent and betrays Kaneda’s gang, the fight becomes personal.

If you haven’t read the original manga (published from 1982 to 1983), this film will probably make little sense. And that, in short, is the entire problem with Akira. It stems from the fact that the film runs for about two hours, but is condensed from six enormous volumes of manga. The creator, Otomo Katsuhiro, should have more carefully picked the story he chose to include in the anime adaptation. As it is now, the film contains some significant ideas that are buried under poor exposition and narration.

I never say that anime has to be easy to understand. Rather, it’s more important that the ideas contained within are expressed fully and with purpose. Akira is rich with ideas, but lacking in expression. It’s just not possible to cram in so many thematic elements, and then dilute them to fit a moviegoing audience and still make everything work. If it is possible, Otomo certainly hasn’t succeeded. The exposition is sparse, too lean for the viewers to be able to put the action into context. There is general pessimism toward the evolution of civilization, but Otomo doesn’t explore that pessimism deeply enough. Nor is it entirely clear what effect that pessimism has in terms of motivating the narrative, or moving the viewer. What should be done about the downfall of civilization? What are the causes? How should we relate to the world of Neo Tokyo? What could possibly be at stake from Tetsuo’s rampage when nothing seems to be of value? Otomo is all out of ideas here.

Otomo also makes use of the imagery of mass destruction, no doubt playing on the use of the atomic bombs during World War II. But what is the point of tapping into the Japanese cultural consciousness? Tokyo’s physical destruction parallels its moral degradation, but Otomo spends little time inspecting this corrupted society. Instead, the focus is on the machismo between Kaneda and Tetsuo, which is far less interesting. The film hints at the depth of the original story, but relegates the more appealing themes to the realm of subtext. The plot is constructed mainly to portray Tetsuo’s rise to power, and his conflict with Kaneda. Unfortunately, this doesn’t cover any new ground. Youth rebellion, gang rivalry, we’ve seen all this in films before, and Otomo doesn’t do anything cinematically interesting with these subjects.

Falling short of its lofty ideas would be somewhat excusable if Akira were an exciting film to watch. Sadly, aside from its brilliant opening sequence, the plot moves with an uneven, often plodding pace. The action sequences are too subdued, and the dialogue gets downright cheesy. There is a mean-spirited brutality that punctuates certain moments of the film, but that in itself is not engaging to the audience. The end result is a violent, colorful science fiction film that is too slow, too understated, and too thematically capricious to work.

I’m somewhat peeved by the fact that no matter what I say, Akira will always be considered a classic. I would go so far as to name it the most overrated anime of all time. Taken in historical context, it is ground breaking for animation. For the first time, it made anime at least a little bit viable in the United States. Its dystopian vision of the future was well realized too, giving it a strong visual character. But that’s not enough to make Akira classic, or even a good film. Akira does not transcend the limitations of the animation medium – not even close. It doesn’t speak to me on a personal level, or on any level at all. Rather, it is a two hour long exercise in pretentiousness, bereft of a humane center or even an attempt to clearly enunciate its own issues.

The other major shortcoming of this movie is in its mistreatment of its characters. Otomo fails to make any of them particularly likeable or original. Tetsuo and Kaneda are stock characters, and their rivalry should have been made more complex, given the amount of screen time it eats up. No real attempts at characterization are made for the supporting cast, with the exception of the feeble efforts given to Kei and the “Espers” (the blue people). Even then, Otomo never presents us with a charismatic or sympathetic hero to get behind.

Kaneda does not have enough charisma to be an effective lead. His dialogue is too banal to be believable or meaningful. He is supposed to be morally ambiguous, but I just don’t see what function it serves in terms of intention. If Kaneda is just another part of this decrepit world, what makes him worth cheering for? As a hero, we have little cause to believe in him. As a character, he is little more than an animated macho cliche.

Tetsuo works better as the antagonist, presented with ample amounts of menace and unpredictability once he leaves the hospital. But the mechanism of his transformation from repressed youth to monstrous adolescent is unclear. It dampens our understanding of Tetsuo, and ultimately makes his self-searching seem empty and worthless. We can’t see exactly how Tetsuo becomes empowered, so we don’t get a feel for what Tetsuo is struggling against. Is it something in his psyche that’s causing him to go out of control? Does Otomo simply believe we’re incapable of handling power? Tetsuo’s role in the movie doesn’t steer us toward either interpretation.

The rivalry between Kaneda and Tetsuo would have been more interesting if Otomo gave us more than just the jealousy element. Tetsuo is jealous of Kaneda for being the leader, so he lashes out. This is unsatisfying on its own, and is certainly not enough to be the backbone of the film. The relationship between Kaneda and Kei doesn’t provide an effective counterbalance to the Tetsuo rivalry. Kei is too weak, in terms of characterization, to be a foil for Tetsuo. Nor is she given enough to do for a supporting character, so ultimately Kei becomes extraneous. Likewise, the purpose of the blue people is unclear. They are government experiements, and have a connection to Akira, but how this figures in to the overall story is not explained. It takes away the dramatic impact from a potentially interesting group of characters, and makes them more or less expendable extras.

Playing Tetsuo’s good half is Kaori, an unfortunate street urchin like himself but much more of a pacifist. Perhaps the only genuine emotions generated by Akira come when she is victimized. Aside from that, I have a difficult time relating to any of the characters. They are so blatantly cut from cardboard, with only the pretense of having personalities or complexities. Because of this, there is little excitement or involvement for me during the movie. The whole film is detached and alienating, without enough substance on either the character side or the story side to justify its status as a classic.

The first time I saw Akira was on a cruddy VHS transfer, so imagine my awe as I saw it years later on a big screen, with DVD clarity and blisteringly loud sound. Otomo did put a lot of work into the animation, and the result is something that feels highly professional. His choice of music is a world apart from what’s out there, even in modern days. The opening percussion ensemble still lingers in my memory as one of the coolest introductions ever to a film.

I think Otomo’s character designs could use some streamlining – they look way too cartoonish for the subject matter – but his rendition of Neo Tokyo (and the motorcycle scene) is stunning. The purpose of this film comes out through its technical details – it is an effective impressionistic experience, if not a good cinematic one.

Akira can’t be faulted for its technical production. Even two decades after its release, it still holds up. The visuals are striking, effectively conveying the bleakness of the fictional world. The music is perhaps a bit too sparse, but it is unique, and it does give the film a different texture than similar works. As far as voice acting goes, I’d opt for the Japanese, although neither dub really makes the dialogue any better.

I’d argue that it’s the technical production that got Akira it’s notoriety above all else. Animation in the U.S. at the time of its release was simply of a different character than Akira, and that’s probably why it succeeded. It is a landmark film for its impact on anime as a whole. But I just don’t see anything beyond the production values that merits the impact. 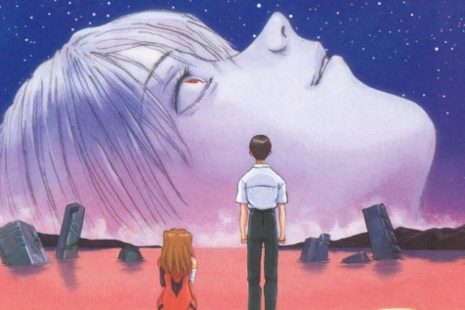 Anime Review: The End of Evangelion 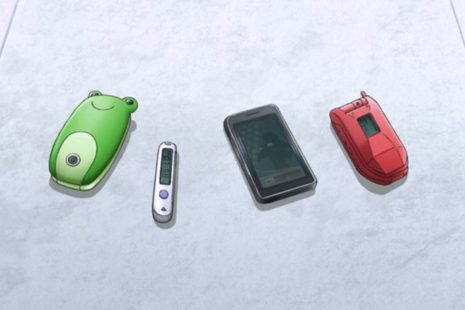 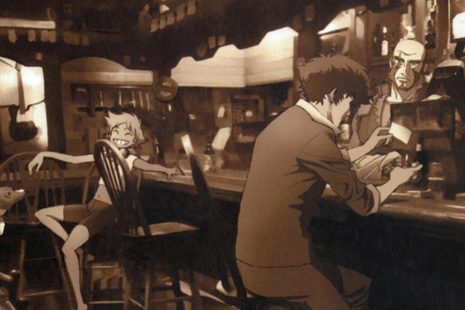