Kusakabe Sakura is visited one day by a mysterious angel. Some might see this as a blessing, but for Sakura’s life becomes a living hell. Not only is Dokuro lazy and a freeloader, she is also violent and somewhat delusional. Offend her, and she’ll club you to death with her spiked bat Excalibolg. Unfortunately for Sakura, she has a kind heart and will restore him to life each time he meets his grizzly end – only so he can repeat the whole cycle of pain at a later time.

Bokusatsu Tenshi Dokuro-chan is a perverted, twisted, yet undeniably funny black comedy. However, it’s almost impossible to review objectively. The gags are laid out almost in a sketch comedy style, where you take one exaggerated, oddball character and put her into normal situations. Although that particular brand of humor gets milked far too much, there’s also another more subtle layer beneath it. When the show isn’t playing it safe with the copious amounts of violence and ecchi, it actually dabbles in some intelligent parody and self-satire.

The actual story is pretty silly to begin with. Sometime in the future, Sakura will invent technology to make women stop aging and appear to be twelve years old. Although Sakura was trying to usher in a new world for pedophiles, his invention becomes the key to immortality. Angelic assassin Sabato is sent to the past to kill him, but Dokuro, a rogue angel, believes she can stop the invention without killing Sakura. You can see the irony in Dokuro’s intentions, because she’s the only one who ends up killing Sakura in the series (over and over). You can also probably recognize the distinct resemblance between this story and that of The Terminator. Very interesting…

How the series plays out, of course, has little to do with the premise, but rather makes a spectacle of Sakura’s day-by-day life. In the grand tradition of shows like Azumanga Daioh, Dokuro-chan makes fun of anything and everything. Sexual frustration becomes a running gag, as Sakura’s common sense must fight his hormones in a (somewhat literal) battle to the death. Also, if you’re sick to death of the endless cliches of the magical girl genre, you’ll get a kick out of Dokuro-chan, which viciously parodies those shows to no end.

Bokusatsu Tenshi Dokuro-chan is a refreshing comedy (most of the time) that’s short and sweet. It is also excessively violent, perverted, and way, way beyond over-the-top. I like that shows like this can be made in the first place. Even with loads of content that many would find offensive, at least Dokuro-chan doesn’t fear to tread new ground. It’s not just another school life romantic comedy, or a cutesy magical girl show; it’s an assault on the staleness of the anime medium.

The main character is Sakura, who is perhaps a typical male lead in the harem genre of anime. He’s well-intentioned and doggedly pursuing a romance with the lovely Shizuki. However, he’s also a victim because of the crime against God (that’s how the angels see his work) that he will commit in the future. In terms of characterization, we don’t get much more than this for Sakura, but the show does well in making him someone to sympathize with. Sakura, much more than you’d believe, truly acts like a real person would. By that I mean that he seems able to exist outside of the show – he isn’t idealized, and is much more of a person rather than a character. He has the audience’s awareness – he can understand the absurdity of his situation. His struggles and his victimization are all legitimate challenges, and the audience is interested in how he can overcome them.

In contrast to the believability of Sakura’s character, Dokuro is an overblown, distorted take on a magical girl. If you didn’t know, magical girls are usually very cute, very young, and endowed with special powers. They are, almost without exception, of impossibly high moral caliber, and are rarely in situations of any real danger. Dokuro is a twist on this age old archetype. She’s cute, but the director shows her in a mockingly sexualized manner, perhaps as a self-aware jibe at all the creepy male otakus who idolize magical girls. This sexualization of her physical form, contrasted against her usually innocent and puritan personality, works as both a comedic device and another ironic jab at traditional magical girl shows. Unfortunately, this is pretty much the only thing about Dokuro that gets played up for comedy, so some of the jokes can get tired after a while.

The other characters pop in and out, usually to help set up a gag and then fade away. Shizuki, the object of Sakura’s affection, is given more attention than the rest, but I didn’t find much value in her presence. Dokuro-chan is more about situational and visual humor than good character writing, and it sort of shows. Everyone is pretty much faceless and expendable for the sake of a joke.

Dokuro-chan runs for eight short episodes. Its production is pretty clean, and benefits from an opening that accurately describes what it’s all about (complete with a bubbly pop song that hides some fairly graphic lyrics). The character designs work well with the overall theme of the show, and the animation delivers when necessary. The voice acting for Sakura is worth extra attention, because it perfectly conveys the confusion and chaos that comes up during each episode. It’s not that a large range of emotions is portrayed or anything like that. Rather, the way the lines were read really impressed me. 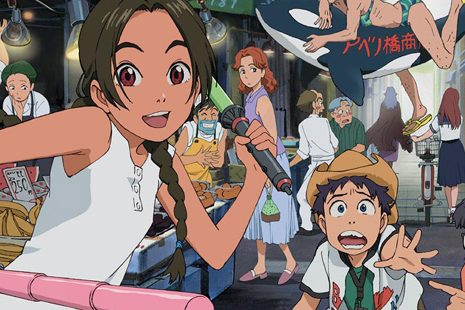 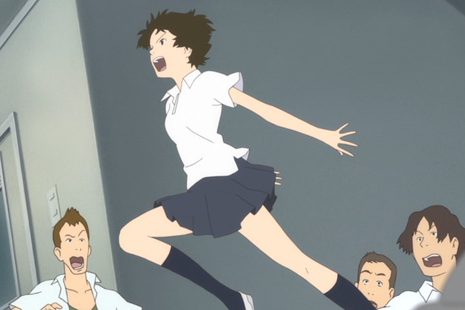 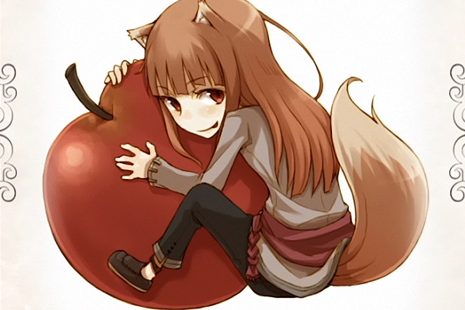 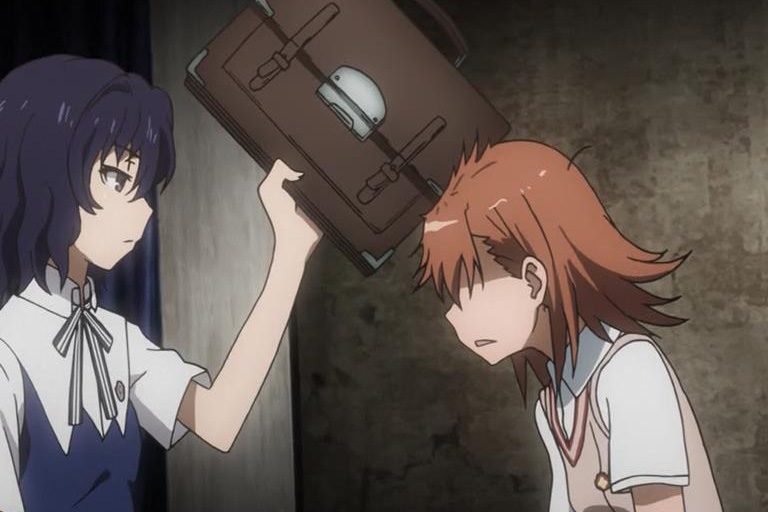