In the future, an ecological disaster wipes out much of humanity. The surviving population rebuilds civilization, but the planet has been parched by the will of a sentient forest. Agito, a boy trying to make a living in Neutral City, discovers a girl one day, Toola, who has been kept in stasis since the days of the past civilization. When she awakes, she finds out that the key to returning the world to how it once was is in her hands.

Beginning with an opening sequence that rivals that of Akira, Origin soldiers on but fails to recapture that momentum again. The story seems to be a mishmash of components from The Time Machine, Casshern, and particularly Princess Mononoke. What it does well is establish its setting. The world has been irrevocably changed, and people’s attitudes reflect this to a degree. There is a general distrust of technology among the inhabitants of Neutral City, and their lives are in many ways controlled by the forest.

I also liked the dilemma that Toola faces, as it is one of those questions that comes up repeatedly in literature and cinema: do you change the world to suit yourself, or do you change yourself to suit the world? This is a struggle between the internal and the external. Although the setup for this conflict works, Toola arrives at the answer a little too easily, diminishing the impact of the question. What’s more, I’m forced to wonder if the question was worth asking in the first place, considering the way in which Toola makes her decision. In this case, the exploration of the problem would have been a more meaningful exercise rather than the rushed way in which a solution is found. Because of this, Origin‘s strongest story thread ends up being one of its biggest disappointments.

The environmental theme of the film ends up making it a lot like Princess Mononoke. Unfortunately, Origin does not treat its subject matter with the same care as Miyazaki did. Again, for such an intriguing setup, the problems are solved too quickly and easily. We’re introduced to a post-apocalypitc world where humanity has been trying to maintain a balance with the sentient forest for ages. The important question – who has the right to be there? – can’t be answered with little more than a few lines of dialogue and a handful of action scenes.

I see this as a symptom of the underlying problem: Origin just doesn’t know what it wants to be. As an admonishment against the abuses of technology, it doesn’t quite work. The role of technology itself in the film is too ambiguous, and the inconsistency is compounded when you see that life with nature in Neutral City just isn’t that good either. As an exploration of identity, Origin again falls short because there simply isn’t enough of it. The question is posed and brushed aside hastily, without any real gains being made to our understanding of what constitutes identity – whether it should be the self or the environment. Toola’s self-searching doesn’t ring true, nor is it entirely believable that Agito can tackle the issue at all given the circumstances. As an allegory to the environmental movie, the film fails to create much sympathy for nature. I mean, if we see that the forest destroyed human civilization in the past, attacks people at a whim, and controls Neutral City oppressively by withholding water, why the hell should anyone want to preserve the forest at all? Why is coexistence even an option, when we find out that Toola has the means to change everything? Finally, as an action film, Origin blunders yet again. The slow first act isn’t enough to keep the viewer’s attention, and when the action scenes do hit, only rarely is there a sense that something is being accomplished beyond simply endangering the protagonists.

Origin is an ambitious film that tried to do more than its creative foundation could support. I have nothing against action, environmental fables, or introspection, as long as they’re done well and meaningfully. Origin doesn’t accomplish this; it has breadth where I’m instead looking for depth. Without clearly defined heroes and villains, it simply can’t generate the excitement and emotional involvement requisite of an action movie. Without an earnest attempt to explore the ambiguities in the characters and the story world, there’s no intellectual stimulus behind Origin either. The end result is something that feels like a movie built around a one paragraph premise instead of a proper script.

For most of the movie, Origin focuses on Toola and Agito. I did find Toola’s character to be interesting, as the viewer can relate to her because she is also a stranger to the fictional world. Toola’s world is much like ours, except more technologically advanced. Naturally, the conflict revolving around her has to do with the choice of returning the world to the way it used to be, or living in the current one. Although, as I mentioned, the resolution of this conflict comes too quickly and easily, its presence is enough to give Toola’s character a bit of texture.

Agito, however, didn’t work for me as a lead. That’s mostly because his dialogue pretty much consists of saying “Toola” over and over. I didn’t get the impression that Toola could care so much about him so as to even consider living in Neutral City for the rest of her life. Agito is just too bland. There’s no reason for the audience to want to cheer for him, yet the film spends way too much time on Agito and his abilities rather than exploring the better developed characters.

Colonel Shunack, who ends up being the villain in the last half of the movie, also works pretty well. Unlike Toola, he’s dead set on returning the world to normal. The thing about Shunack, though, is that you understand basically where he’s coming from. If you woke up in a world where the civilization you knew and grew up in was gone, you’d want to change it back too. He’s not an evil guy; he just doesn’t care about radically altering the lives of others. Even though he was played as a villain, I really wanted him to win.

Origin‘s supporting cast mainly consists of throwaways. Minka, Agito’s friend who has a major crush on him, was put there solely for an aborted love triangle. Cain, Minka’s brother, sort of disappears abruptly from the script. Agito’s dad could have been an intriguing character, but his role is far too small. The film’s weakness here is that none of the characters really make an impression. Toola and Shunack are the only ones that come close, but are nowhere near on the level of being able to carry a film.

Origin is well produced, for what it’s worth. I particularly liked the song in the intro, though music throughout the rest of the film isn’t super amazing. The choice of voice actors is questionable. Their voices are distinct in a way – they do not at all sound like typical anime voices – but some of the characters come across as a bit robotic. I’m not sure what they were aiming for – maybe they were just trying to make the best of the script.

The visual design is probably the best part of the movie. You really do get a sense that you’re looking at earth, except it’s been through some radical changes. The sets are great, invoking a post-apocalyptic atmosphere that is familiar but also disconcerting – the ruined theater set is a great example of this. The grand scope of the locales is utterly absorbing, as the artistic team has created a world which I’d love to explore in detail. The character designs are conservative enough to make the scenario somewhat believable. Specifically, the incorporation of small visual cues to help viewers keep track of who’s who was a good decision. 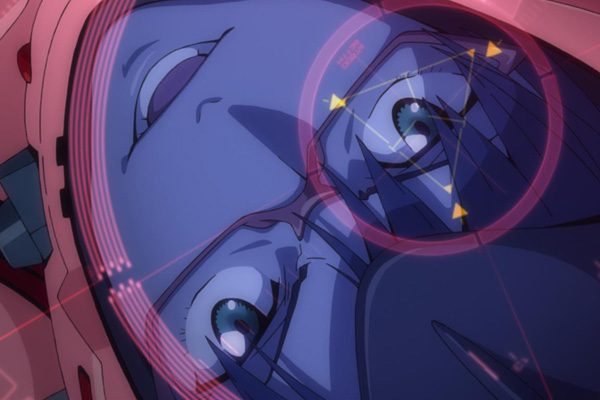 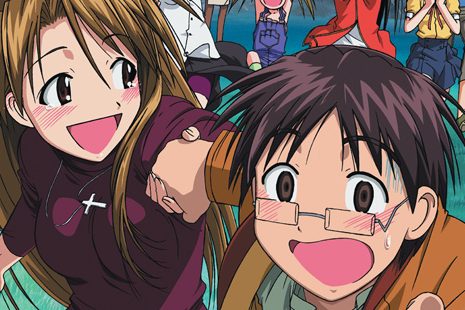 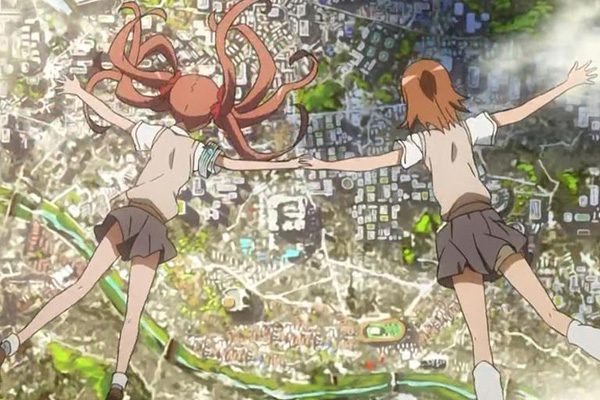 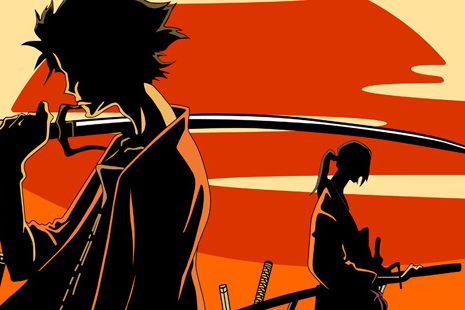