In a desert wasteland, a world scorched by two suns, a man named Vash the Stampede wanders from town to town. He is an outlaw, with $$60,000,000,000 on his head. He is so dangerous he has been nicknamed “The Humanoid Typhoon”. Yet whenever someone encounters him, they see a tall skinny guy with upside down broomstick hair and a penchant for running around screaming like an idiot while getting shot at. Two women of the Bernardelli Insurance Society track him to prevent him from causing further damage: Meryl Stryfe and Millie Thompson. As the three meet up by fate or by coincidence, they are thrown into a series of unforgettable adventures.

Based on Nightow Yasuhiro’s manga, the Trigun anime mostly focuses on the travels of Vash the Stampede, a character with the singular ability to charm and enchant with his screen presence. For most of the early episodes, it’s that charisma that will keep you from abandoning the series. It’s not until episode twelve that we see the real substance of the series, which is a shame because that means very little is gained through the first eleven episodes. Aside from establishing the setting and the main character, the deeper story involving Vash’s background is only hinted at. Certainly, it shouldn’t take almost half the series to get these elements rolling.

Fortunately for us, the excessive filler is about all that’s wrong with Trigun. With the introduction of Monev the Gale, the first member we see of the Gung Ho Guns, the story escalates considerably in pace and darkens in tone. Personally, I never really cared to see Vash’s bumbling antics as a bounty head. The back story about humanity’s arrival on the desert planet, and Vash’s relationship with his brother Knives, is a lot more interesting as it shapes everything that happens in the later story arc.

The overarching question is whether or not it is ever justified to kill someone. Vash, being a pacifist, refuses to kill anything for any reason. This view is tested by Knives, who believes that the world would be better off without humans – committing an evil for the sake of the greater good. What’s at stake here is more than Vash’s safety – the very essence of his being is put on the line. So we see eventually that Vash doesn’t fight for his own sake; he does it to validate his faith in humanity and in someone he loved from the past. With the action scenes sporting this kind of conscience, they are nothing short of compelling.

A little more about Knives and Vash’s past are learned with the coming of each Gung Ho Gun. The fictional universe is surprisingly complex, though it skirts some of the more intriguing sci-fi concepts. The story is constructed to first enamor the audience in the fictional world, and then reveal the specifics of its creation afterward in order to put recent events into context. Without this context, the love/hate relationship between Vash and Knives would have significantly less meaning.

Though I appreciate the richness given to Vash’s past life, I found myself wanting to see more. There are a whole host of questions raised by his past that were ultimately ignored due to time constraints. Had the first half of the series not been filler, a lot of these questions could have been explored in depth. From what we do get, Trigun is at its best when trying to resolve Vash’s moral quandary. Not only does it afford us the opportunity to learn about the various aspects of the story, it also serves as a logical way to include the highly imaginative action set pieces with the Gung Ho Guns. They successfully evoke feelings of danger and desperation, as Vash frequently seems outmatched and unprepared.

With the power of the Gung Ho Guns arc, and one of the most memorable anime endings ever produced, Trigun finishes on a very strong note. The moral question is treated with the respect it deserves, and any progress made toward an answer is not gained easily. Rarely do I see such an adept intertwining of disparate plot threads into an enthralling central theme. Once you get past the initial lethargy, you’ll be met with a story as complex and rewarding as any in anime.

Trigun centers on Vash the Stampede and the various people who come in and out of his life. The show’s treatment of its characters is not egalitarian, though, as it really only gives life to four of the numerous characters in its cast. The first half of the series features Meryl and Milly (two insurance agents) most prominently. Unlike Vash, though, I was never really convinced that Meryl and Milly were worth their screen time. It’s interesting to get a certain view of Vash through their eyes, but this ultimately is a gimmick, and not what the series sets out to do.

With the introduction of Nicholas D. Wolfwood, though, Trigun gains a personality that is equal to Vash in depth and charisma. Wolfwood, like Vash, is a man of peace, but his methods lead to violence more often. The two butt heads as they each have different ideas on how to protect innocent life. Aside from being the devil on Vash’s shoulder, Wolfwood has a fully realized past of his own that, once revealed, helps us understand how he came to be. Wolfwood is an absolutely indispensible character, as the audience needs someone who can walk the line between Knives and Vash’s beliefs. He is a reminder that, despite Vash’s optimism in humanity, the world is still an inhospitable place.

Legato Bluesummers, Knives’s co-conspirator, is almost Vash’s exact opposite. He sees human beings as little more than ants, and is willing to go to any length to teach Vash the consequences of their actions. Although we don’t get to see Legato’s background, his sinister presence makes him an excellent villain. What makes him more detestable is that he fights by manipulating the Gung Ho Guns, always staying just a little out of our heroes’ reach. But even so, his pivotal speech in the twenty-fourth episode is still extremely poignant and insightful. That’s because, despite his role as the antagonist, it’s difficult to say that his point of view – that humans are by nature destructive – is fundamentally wrong.

Therein lies Vash’s dilemma, which is so elegantly expressed through his interactions with Legato and Wolfwood. Humans may be evil by nature, but whose place is it to decide who does and doesn’t deserve to live? Knives, who doesn’t appear until very late in the series, believes that such a responsibility should fall on himself. Because of their past, Knives and Vash don’t exactly hate each other, and this makes him an infinitely better character than a straight-up evil villain.

Trigun treats these four significant characters with a great amount of care, using them to explore the moral question in a way which isn’t forced. The chemistry and charisma of Vash and Wolfwood are enough to carry the duller episodes of the series while Legato serves as a singularly menacing villain. The basic humanity and inhumanity of the four is what gives them life and helps us invest in their actions. What we have, then, is a terrific success of characterization and writing.

Each episode features Imahori Tsuneo’s fusion of rock and western music, which fits in with the series’s aesthetic. The sound effects, though limited, also fit in with the western theme. On the voice acting side, Onosaka Masaya and Hayami Sho do a great job as Vash and Wolfwood, respectively. Their characters largely inherit their charisma through the voice acting, not just on the strength of the dialogue. Seki Toshihiko turns in a chilling performance as Legato, who could work just as well as a modern interpretation of Satan.

Madhouse was tasked with the production of the series, though Nightow Yasuhiro established its basic visual character. His designs feature a very stylized version of the wild west that is also mixed with advanced technology. Most notably, you’ll see this on Vash, Wolfwood, and the Gung Ho Guns. He has an eye for fashion style, brandishing the trench coat and sunglasses look years before The Matrix turned it into a fad. These intricate designs were carried over faithfully to the anime, although some of the Gung Ho Guns designs look a bit silly. Otherwise, the series has good visual sensibilities, especially when featuring some of its more elaborate (and physics defying) backdrops. 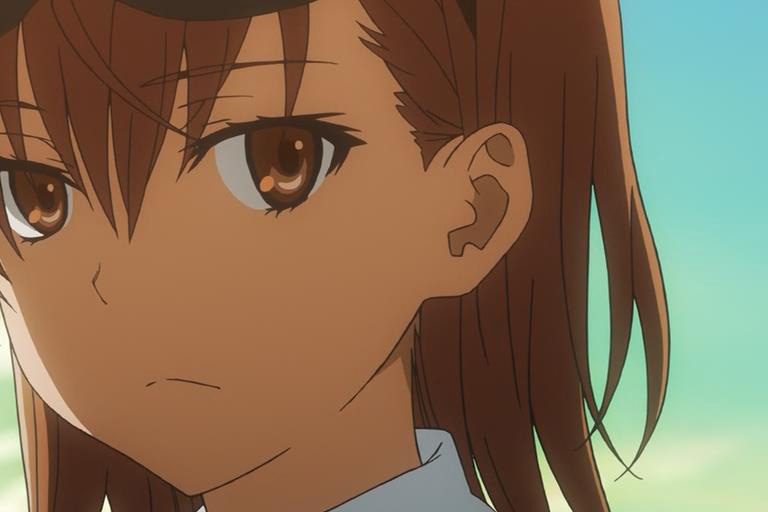 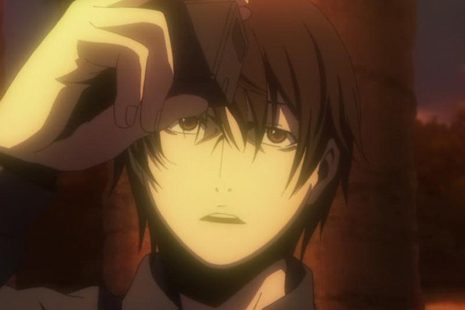 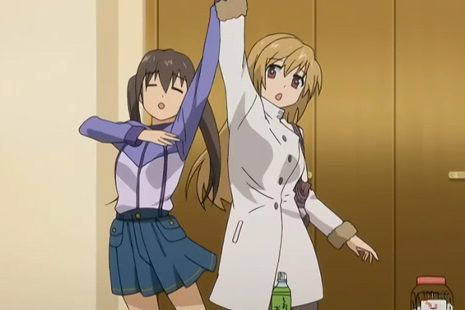