If you shoot with flash, chances are you’ve heard of David Hobby, who runs the Strobist blog. I recently happened upon his 2012 year-end post, which led me to a great article about the blue hour. Well, nominally it’s about the blue hour, but the article’s more about how we can creatively use colored light.

To sum up, cameras can amp up subtle colors and contrasts that our brains would normally tune out. A variety of light sources might all appear white to us, but a camera can see the individual colors emanating from each source. The article looks at one way to exploit this characteristic of camera sensors creatively during the blue hour. You’ve probably heard of the golden hour, just after sunrise or before sunset where everything is bathed in a diffuse golden light. The blue hour happens when the sun is just about under the horizon, causing the sky to be cast in a muted blue color.

What’s creatively appealing about the blue hour is the way artificial lights contrast with the natural blue ambient light. Our brains can sometimes tune out these subtle contrasts and the interplay between colors, but a camera sensor can really bring them out. I wanted to try applying some of Hobby’s techniques to toy photography, but I don’t actually like the idea of bringing my figures out on location. On top of that, I mostly shoot at night – well after any golden or blue hour. So I decided to emulate the blue hour look in my room by using some basic flash photography techniques (which you can conveniently find on the Strobist blog as well).

The first task was to break down the elements of a blue hour photo. You’ll have some amount of sky, soft blue ambient light, usually a colorful contrasting light, and of course a subject. It can’t be any kind of subject, though; it has to be suit the distinctive mood of a blue hour portrait. I have a lot of ecchi figures, and many others are just whacky or fanciful. But blue hour photos are usually somber or mysterious. I went with Kotobukiya’s Misato Katsuragi figure. It seemed like a good choice, being conservative in design and quite somber.

The setup started with a backdrop of white paper propped up by a makeshift support so that I could fire a flash through it. Backlighting the scene would serve to emulate the look of a sky with fading light. I then got to work setting up the actual flashes. The ambient light was the top priority, as it was probably the most important part of this whole experiment. It was low power and fitted with two full CTB gels. It also had to be actually ambient, so I bounced the flash off my white closet door to get it spread out as much as possible. 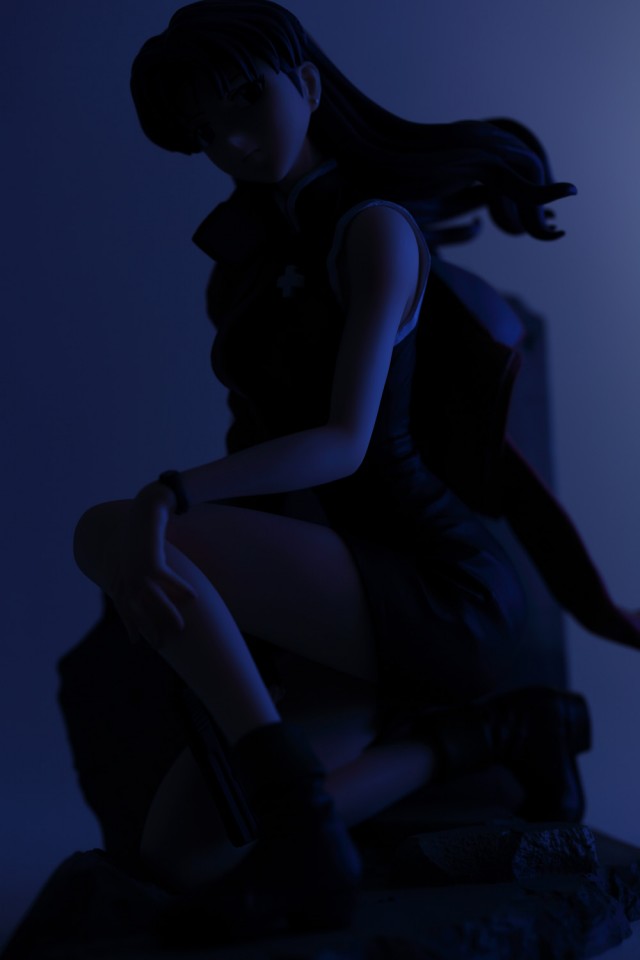 Note that this isn’t the final brightness level. I experimented a lot along each step, but the important thing here is the general approach. First I dealt with the ambient light, which would then give me an idea of what the relative strengths of the other lights should be. Next I went to the backlight, which I made bright enough to light up the paper and make it not look gray. That had one full CTB gel as it didn’t need to look super blue. 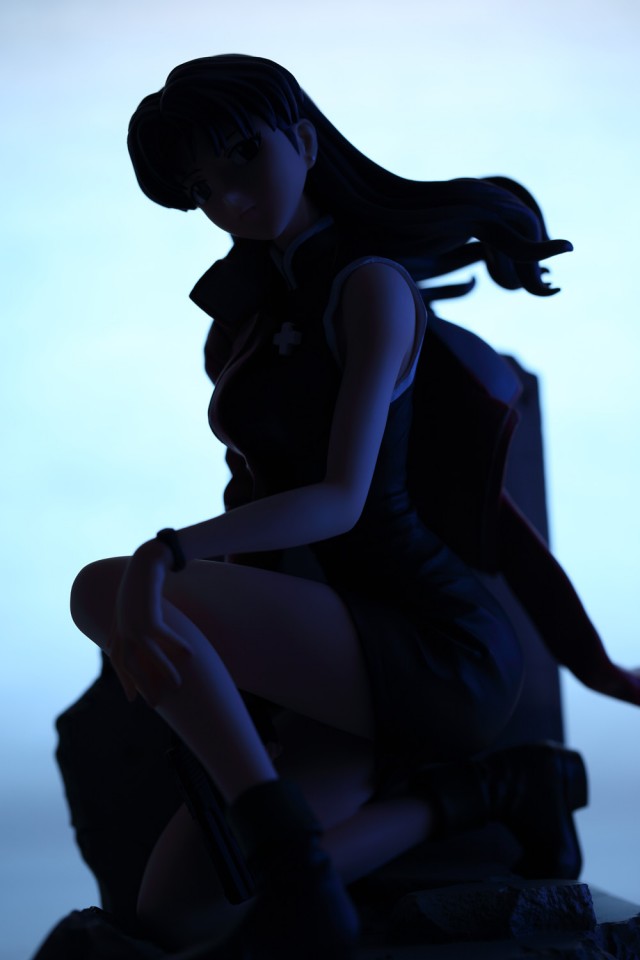 With that done, it was time to light up Misato’s face. Blue hour photos are interesting because they usually feature a tungsten light contrasting with the natural blue ambient light. To emulate this, I put a 1/2 CTO gel on a flash. Then I put a 10 degree grid on it to focus the light on Misato’s face. 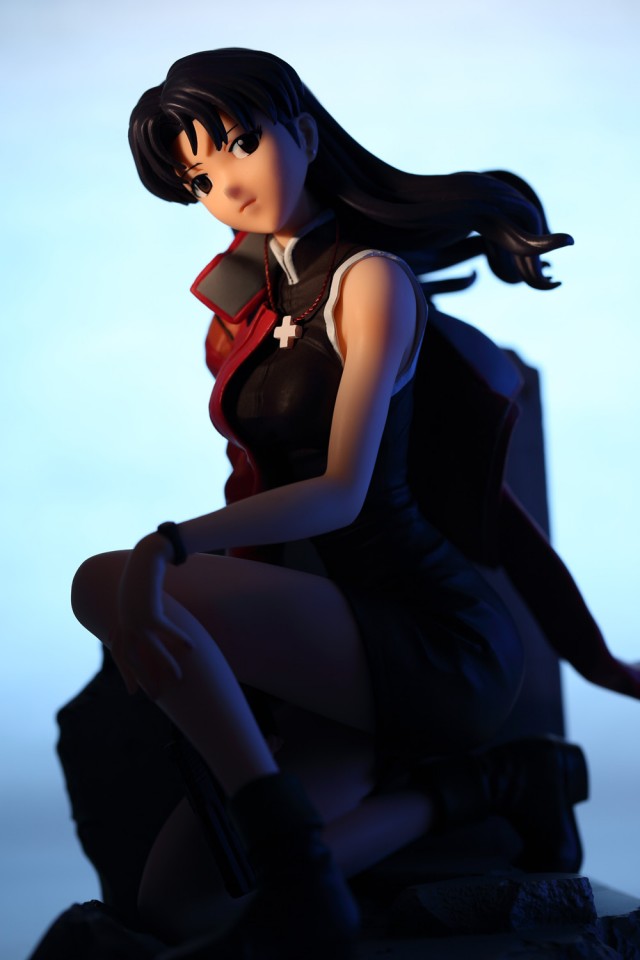 That’s not a terrible result, but something about it feels artificial. The fact that the shadowed areas are so dark also didn’t sit right with me. Misato shouldn’t look like she’s in a spotlight. To me, deeply shadowed portraits are very intimate, but that’s not the feel I was going for. Also the very bright backlight clashes with the intimacy from the shadows.

To address these issues, I upped the ambient light to fill in some of those shadows. That way the blue light could actually reach the orange and interact with it. I swapped the 1/2 CTO with a full CTO gel on the key light, intensifying the orange a bit more. I physically raised the backlight to give the backdrop a gradated look, making the lower half of the frame slightly darker. Finally I switched the 10 degree grid for a 20 degree grid on the key light, allowing the orange light to accent more of Misato’s body. 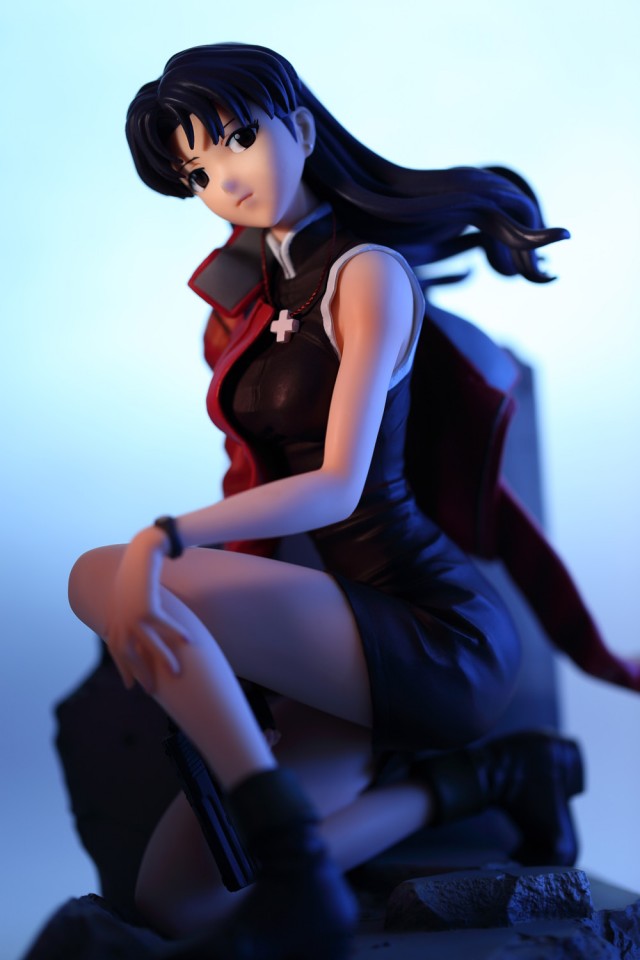 This is closer to the result I had envisioned, but it’s now too bright. Daylight should be fading, so the background shouldn’t be white anywhere. There should be a little less ambient light for an overall look of transitioning into night. Another issue is that Misato’s arm is casting a stray shadow on her thigh. Eliminating it was a matter of playing with the positioning of the key light. 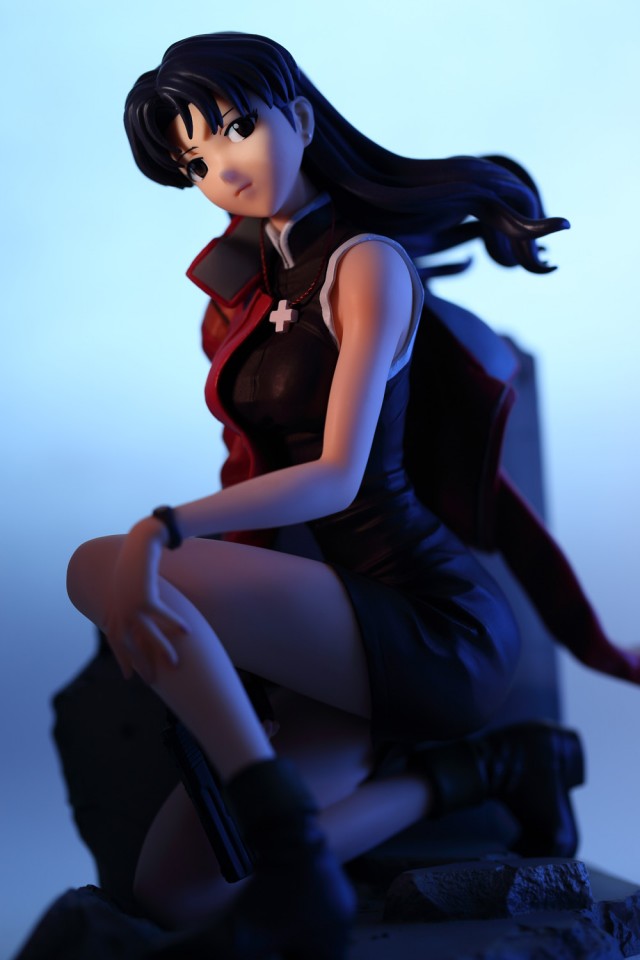 Now the image is closer to what I wanted. The orange and blue are mingling along Misato’s face, arm, and leg. Shadow detail is there but ever so slowly fading out of view. The backlight also seems much better balanced with the ambient. The last step was to enhance the colors in post-processing. Really all it took was a saturation bump to make the image more vibrant, further departing from the brain’s interpretation of the blue hour. 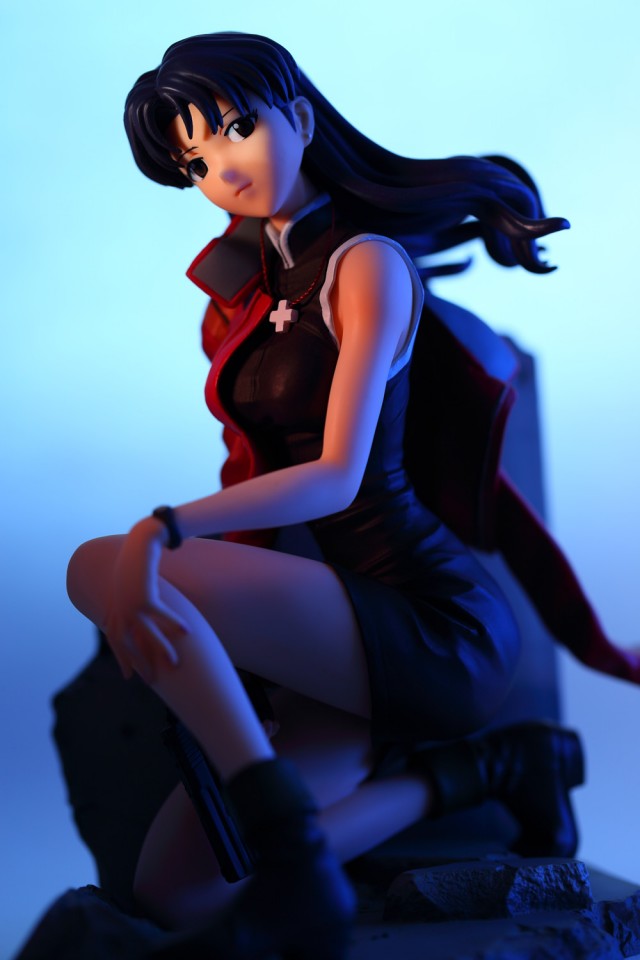 For posterity’s sake, here is my setup: 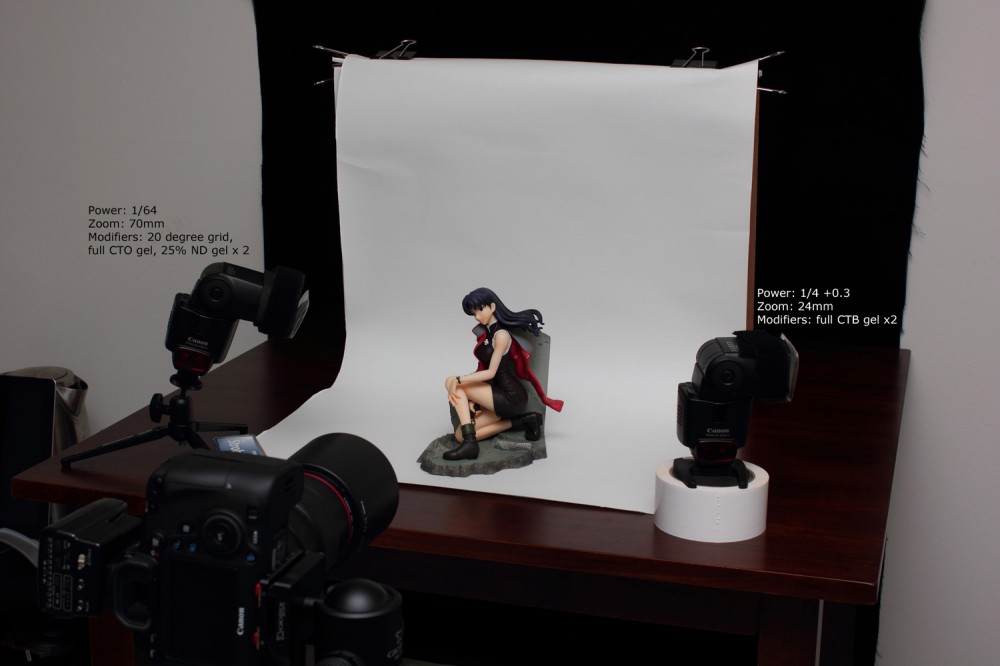 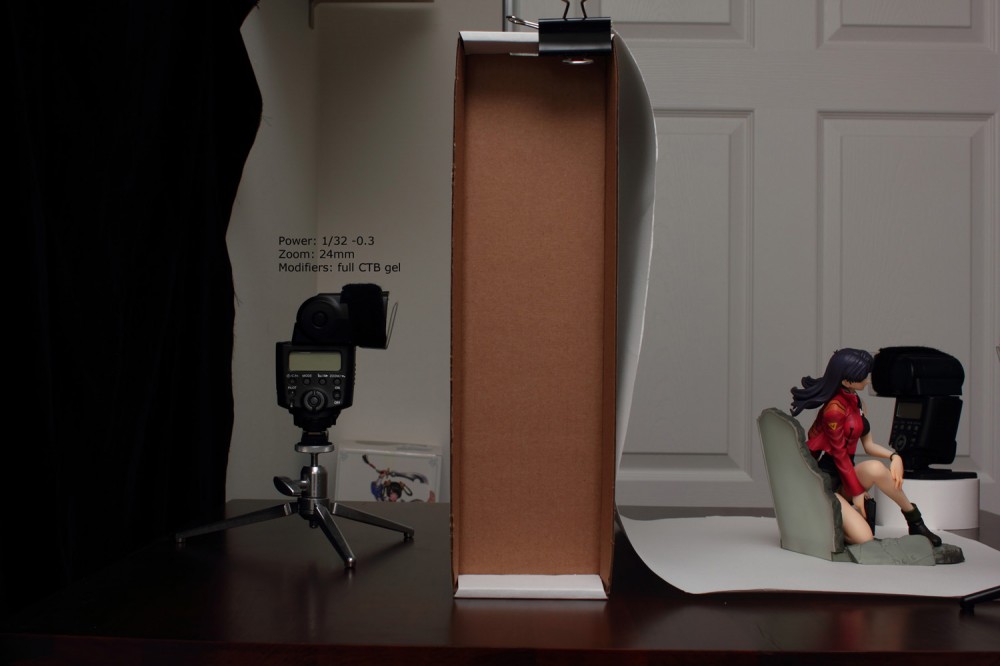 Sometimes it can be difficult to challenge yourself creatively. For me it just helped to be reminded about the different ways you can color and shape the light from a flash. Hopefully I was able to capture a bit of the thought process I went through, and this post didn’t turn out to be solely an instructional guide. Although I’m happy with the final shot, it still doesn’t fully capture the beauty and complexity that a real blue hour photo is capable of showing. 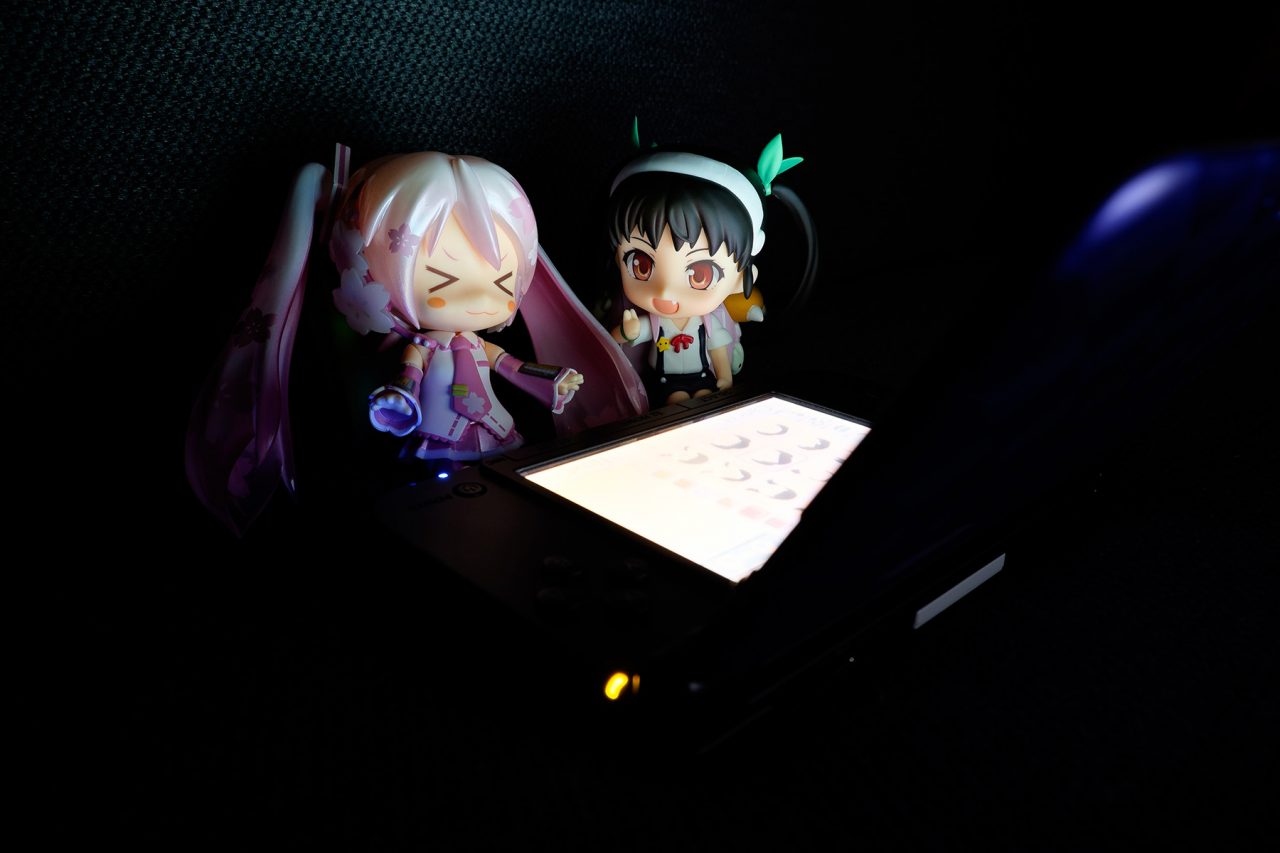 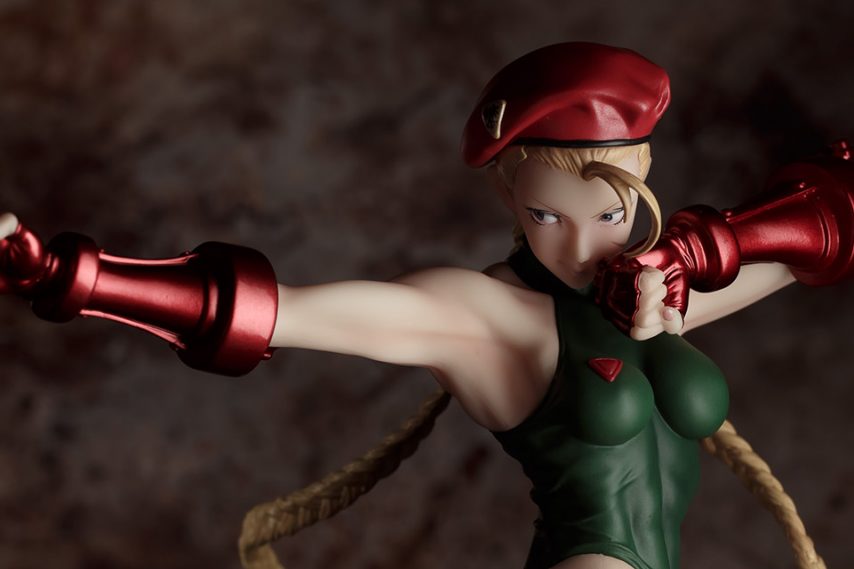 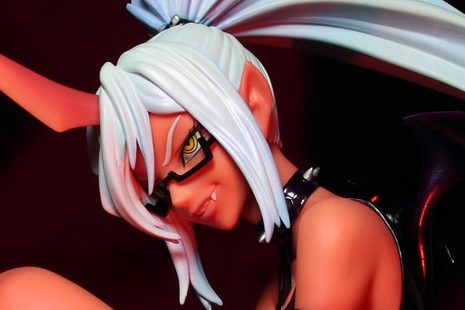 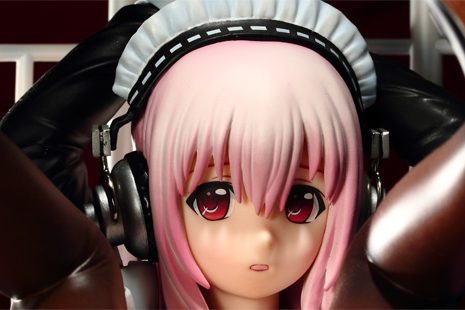