I’ve been reading a lot about everyday carry lately (don’t ask why, I don’t know). There are a number of sites dedicated to blogging about and reviewing commodities that are useful in day to day life: pens, notebooks, multitools, gadgets, and everything in between. The one thing that struck me about all of them was the photography. It wasn’t anything earth-shattering, but like 75% had this look where the product was photographed with natural daylight on some sort of wood surface. The cool light, wood grain, and close-up product shots combined for an effect I really liked. It looked rustic, rugged, old-timey, what have you. So I decided to try it out with some stuff I had sitting around.

This ended up being a learning experience to me. At first I just wanted to get some interesting shots of my gear, but, as I quickly found out, nothing’s easy. Well, the first problem was that I don’t actually have much everyday carry. I bring my wallet, phone, and keys with me wherever I go, and that’s about it. No multitools, sunglasses, earbuds, journals, or anything like that. So I just grabbed some stuff I use pretty regularly, starting with a utility knife.

Not terrible but I wanted to do better. I mean, I got this, right? I shoot figures as a hobby, how hard can it be?

At first my approach was to use one light in a softbox, but I just couldn’t get the sheen I wanted. It became clear that I needed a reference shot with actual daylight:

The issue should have been glaringly obvious. My window’s small for a window, but it’s still a lot bigger than my softbox! I should have noticed that whenever the knife caught light bounced from a wall, it had a smoother shine to it.

I started experimenting with bounce setups. A lot of them would cause glare on the table, washing out the wood grain. Eventually I worked out a setup were the light source would be a ways away from the product.

The last piece of the puzzle was a ceiling bounce to light up the table a bit. Without it, the wood grain would be too dark to see. 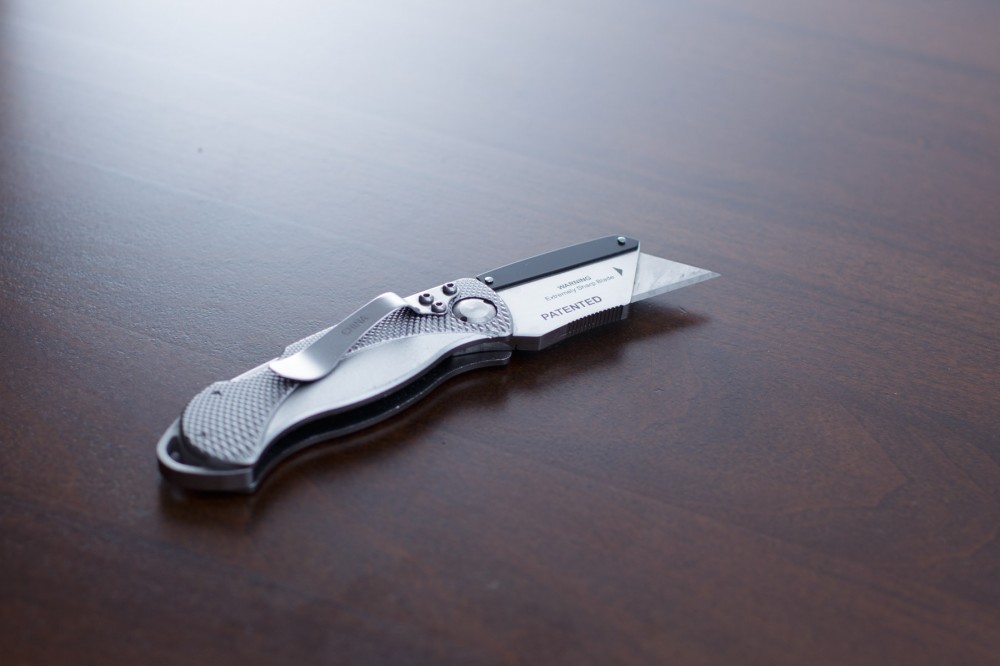 Finally, a classy knife shot! I decided to try out some other objects. 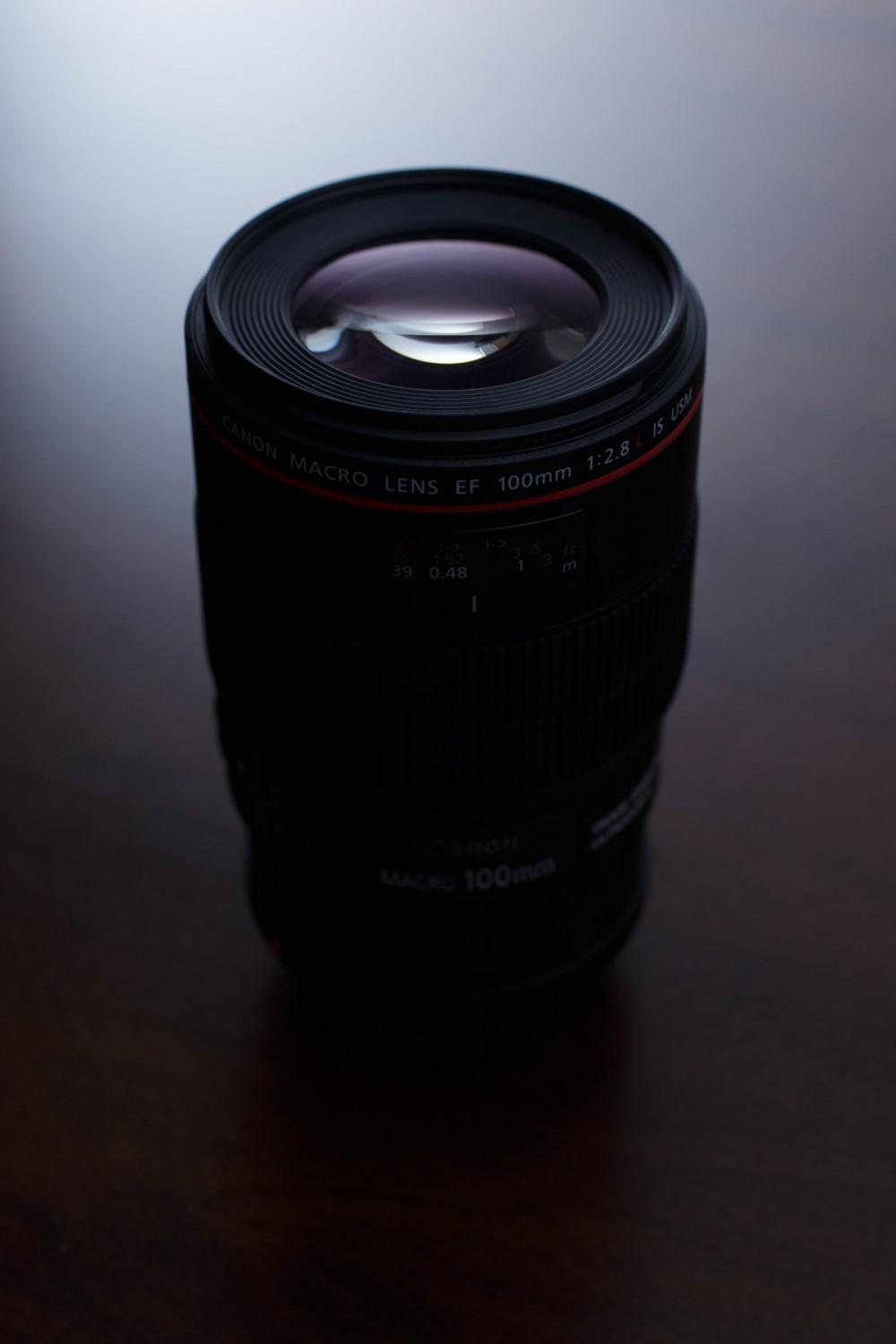 This lens is much less reflective than the knife, so the settings I used initially were no good. 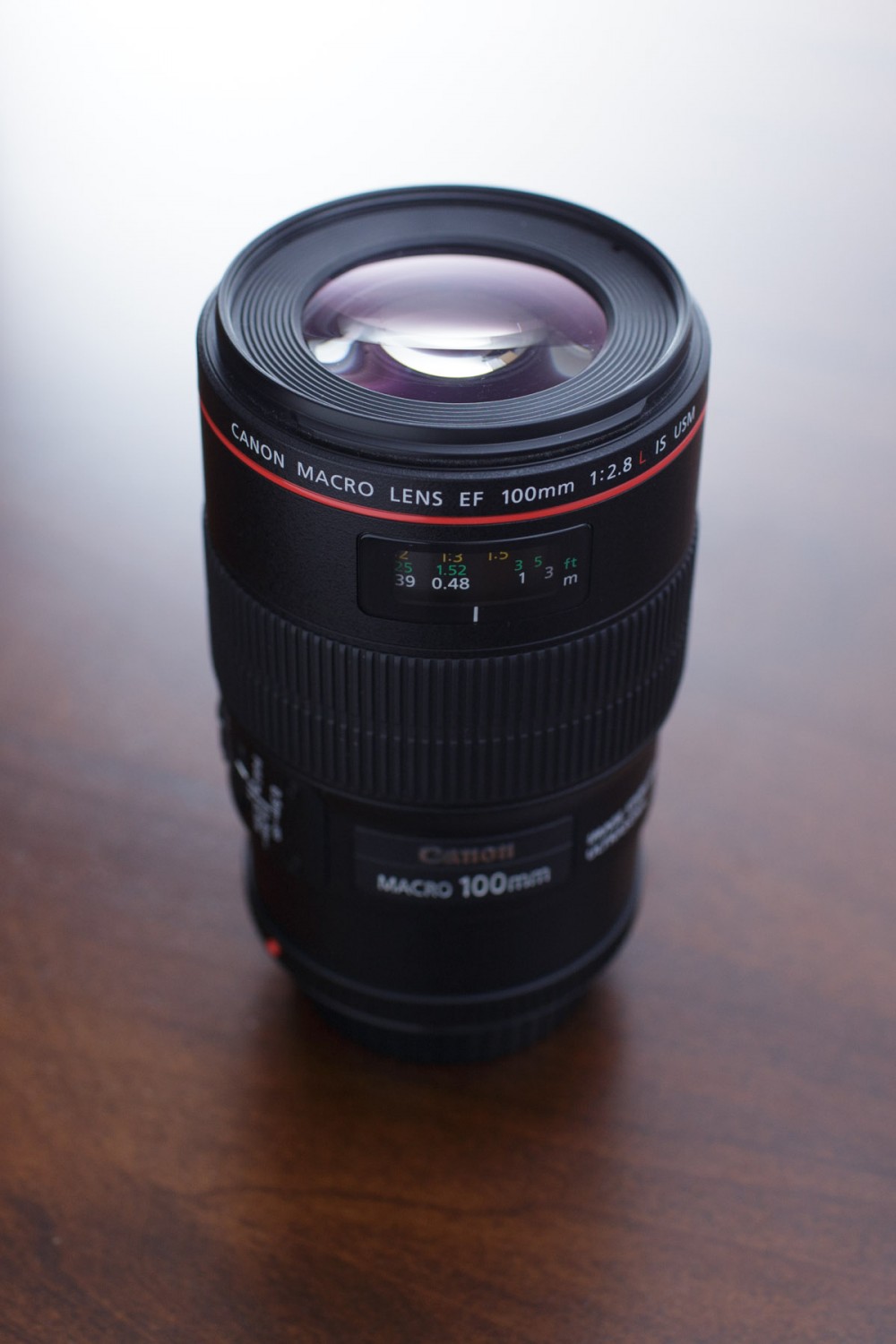 I upped the overall exposure while stopping down the ceiling flash a bit. That let me bring out the detail on the lens without brightening the table too much. 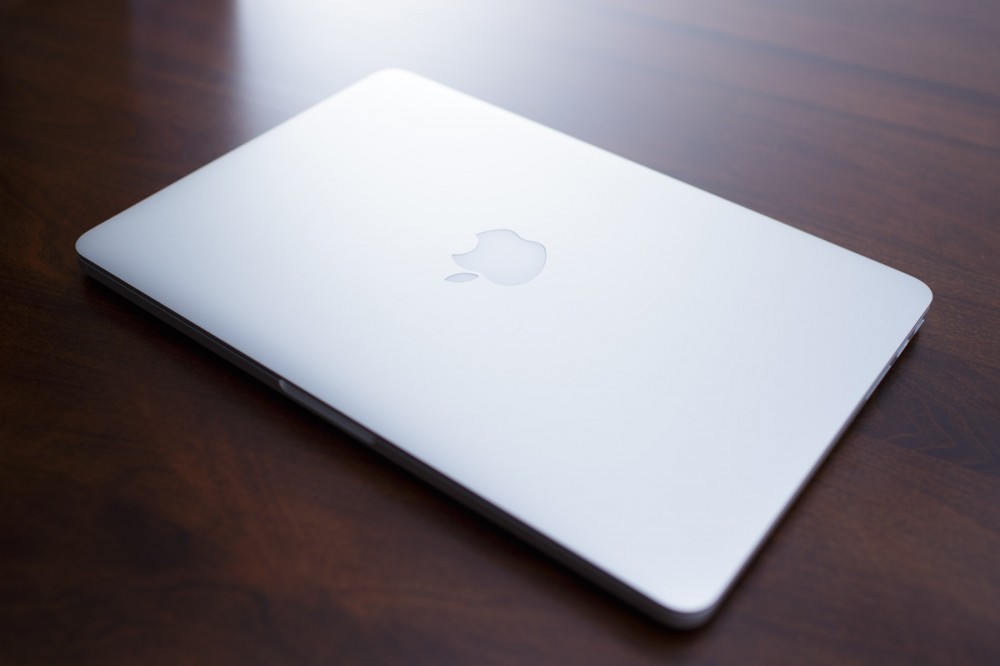 My MacBook reflects quite a bit of the bounced light from the ceiling. 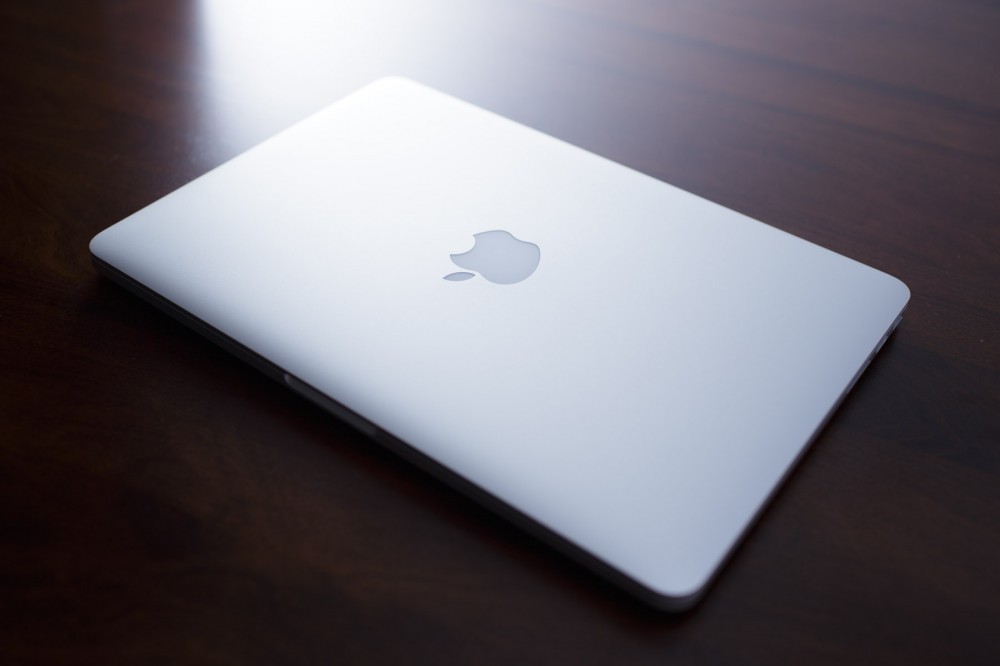 This shot needed contrast, so I had to leave the table dark. At this point I had the process down. 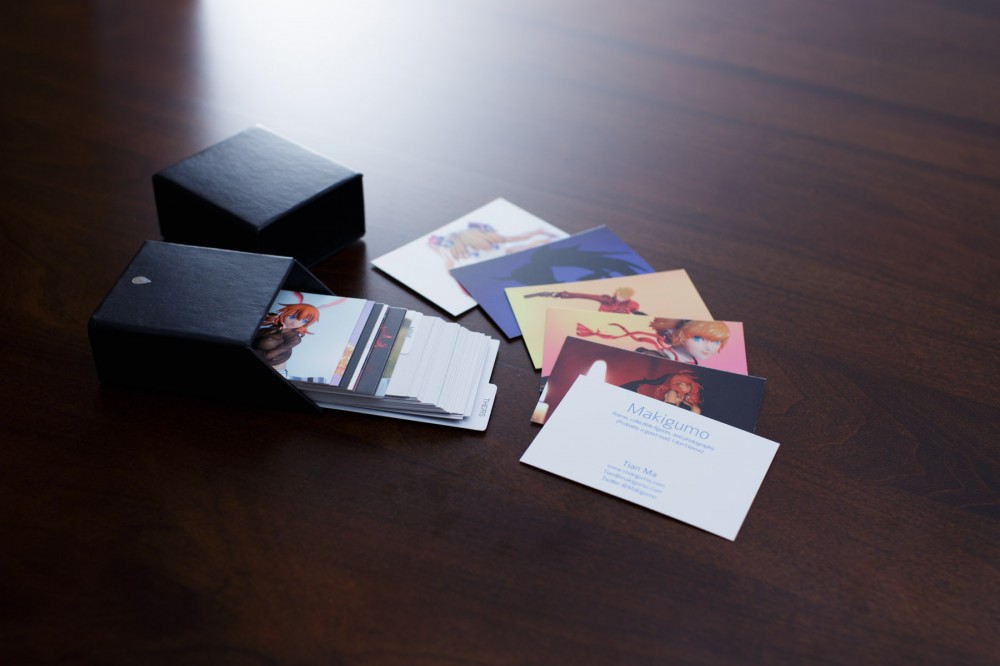 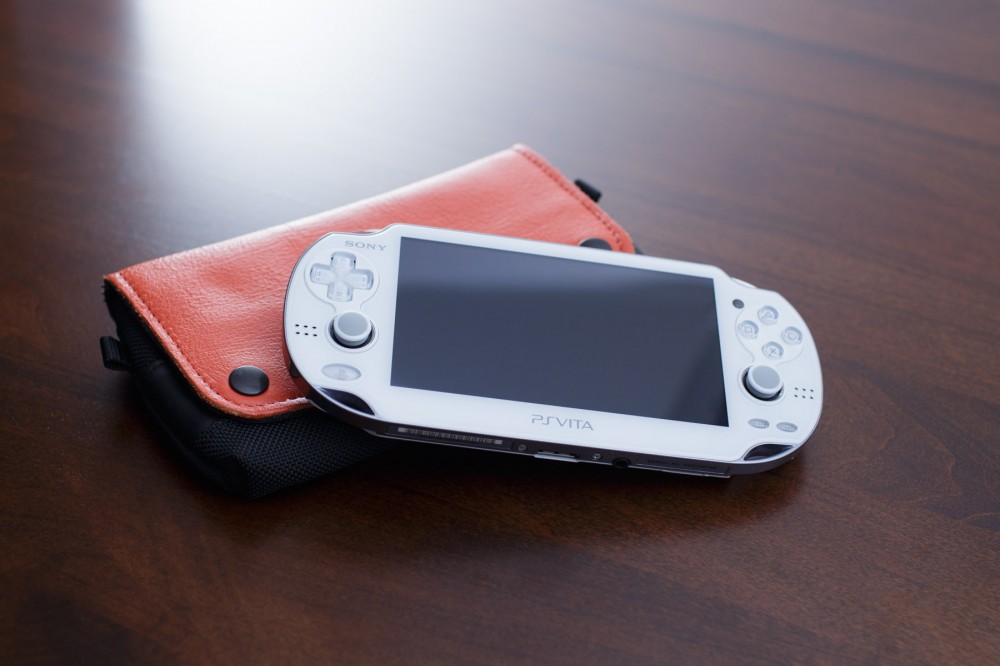 Now that I can get that natural light style without being beholden to the sun, I think I can class up my product photography a bit. For figures, I think there will be some challenges as they stand vertically. But that can be fodder for another post. 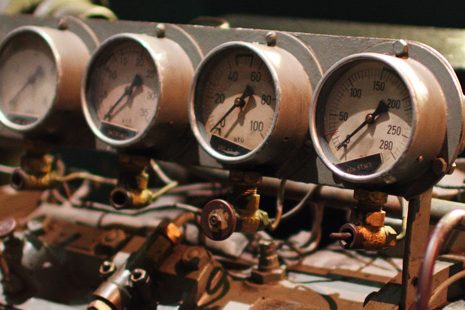