Wow, it’s week three already. I thought I would have to pace myself. I thought I would have to portion out the coverage because surely, there’s only so much licensing one company can dole out. Incredibly enough, though, I’ve been unable to keep up. I’ve been plumbing the depths of the back catalog, but new merchandise just keeps rolling out. So this week will be a split of some new, some old. And as always, it’s all rubbish.

You know what we don’t need in 2013? Paper. So it stands to reason that we also don’t need paper’s 99% useless companion, the paperweight. Look, I get it. Japan may invent a lot of futuristic tech, but this tech has far from permeated throughout its society. They do things old school. But it’s things like collectible paperweights that hold back the Japanese from embracing a life of electronic documents. This thing is literally holding back Japanese civilization. 2/10 because it does look pretty awesome.

I wish this was a joke. The whole thing sounds like a joke, doesn’t it? I had at least hoped this line of underwear would only feature a handful of designs. But the Evangelion Store features 30 of them. You could wake up and put on a different set of Evangelion printed boxers every day of the week. Whose face do you want on your dick today? Pen-Pen’s? Do you want to make it look like EVA-01 is grabbing at your crotch? Or do you want the one where it looks like Asuka’s about to bite your cock? I don’t know why every design looks like it’s meant to interact with your penis. I have never seen any other boxer design do that. Was it on purpose? Does Khara think it’s funny to print a boxer design that makes it look like Rei is smelling your man sausage? Or how about the one where Kaworu is straddling your wedding vegetable? 1/10 for Asuka cockbiting. The women’s stuff is slightly more tasteful, but women wouldn’t buy these anyway.

GPS units are boring things, so this one’s actually pretty cool. Like, genuinely, I would use one. Its voices were recorded with the Evangelion voice actors! How awesome is that? You even get some adorable EVA-01 graphics. Plus the box itself doesn’t look half bad. Overall a very nice piece of merch. Not fitting of this post at all, but I just wanted to feature this thing. 9/10 because I kinda can’t believe it’s real.

These appear to be just little discs that you stick to your home button. I wasn’t aware that there was a market for blinging out your iPhone or iPad’s home button, but I should have expected this from humanity. If an object exists, someone wants to bling it out. That is the depressing truth of this world. The store link says there are six designs, but who the hell can really tell anyway. Remember the first time you bought a condom, and thought you were the coolest guy on earth? This will make you feel the exact opposite. 3/10 because at least it’s shiny, unlike a condom.

No, this isn’t a handbag. It’s not a purse or a backpack or a luggage bag. If it were any of those, at it would be bad but at least it wouldn’t be insulting. This is basically just a reusable shopping bag. You know, like something you’d take to Trader Joe’s or Whole Foods to brandish in front of all the hippies. To show them how green you are because you’re not using wasteful disposable shopping bags. Beyond that, it looks like the design department totally phoned it in. Aside from having the text “Mark.06” printed on it, and having vaguely the same navy blue color, it has nothing to do with the Mark.06. No graphics, hell not even the proper accent color. Everything about this fails. 0/10.

This one’s not awful, I guess. It’s functional. It’s got crossover appeal. It does look like a miniature Rubbermaid cooler but you can’t really “design” a lunch box. I feel like I should hate this, but I can’t. 5/10. 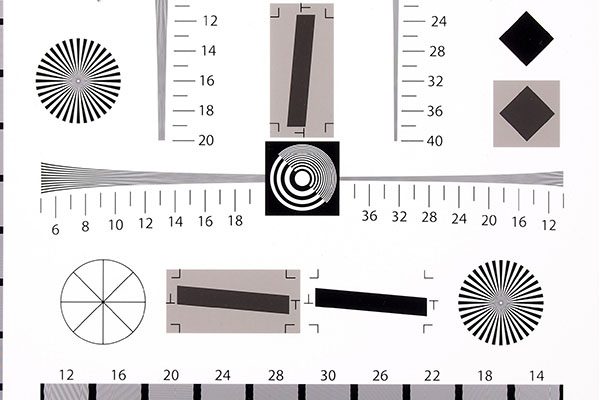