Less than two weeks after getting back from my European vacation, I was on a plane to San Diego for Comic Con. Unlike previous years, this year I wasn't tapped to do any coverage. So for the first time, I just decided to treat it like any other con.

For the last few years I've brought pretty much the same kit to every con: my Fujifilm X-T1, the XF 56mm lens, a laptop, and one or two additional wide angle lenses. And there wasn't really anything wrong with it, but this year I wanted to try something different.

My experiences traveling and shooting ACen got me curious about trying a general purpose zoom for walking around and a wider angle lens for cosplay shots, so I rented Fuji's XF 18-135mm and XF 16mm lenses. Actually I wound up not using the XF 56mm at all as I ended up liking the look of the 16mm more. It's pretty great for environmental portraiture as the maximum aperture can still give you some subject isolation. Hopefully I can save up enough to get one by next year's ACen (´ ∀ ` *)

I used the 18-135 a bit for cosplay, but found that it was pretty amazing for figure shots. The optical image stabilization was insane, letting me shoot as slow as 1/15 s zoomed to 135mm. I could even handhold it for 1/7 s and get some usable shots. The zoom range is extremely useful as a walkaround lens, but you do sacrifice some portability and lightness with it. I think I'd still like to buy one to use as a travel lens, but the 16mm is definitely the priority.

The other change was eschewing my laptop for an iPad, thanks to a video by Tony Northrup about simplifying your travel gear by USB charging everything. In it he also mentions briefly how well optimized Lightroom Mobile performs on an iPad, so I decided to go that route. Instead of a three pound laptop with a wall charger brick, I went to a one pound iPad which I could USB charge. This whole setup, while not super light, was easy enough to carry around for 10-12 hours a day. Although the Lightroom Mobile experience is still a bit limited compared to the desktop version, I found it far superior to processing photos on a laptop thanks to a less cluttered UI and better performance.

Belle & Beast (Beauty and the Beast)

Star Trek crew (and me!)

Guardians of the Galaxy group

Marty McFly (Back to the Future)

ThreeA was holding an exhibition near my hotel with various figures and pieces of artwork by founder Ashley Wood and a few other artists. It was definitely a cool exhibit, and I came away from it with Ashley Wood's Fat Kuntsler artbook!

One of the fan experiences available in the Gaslamp Quarter was the Star Trek: Discovery gallery. It had a selection of costumes, props, and production art from the upcoming series. I'm... not feeling very confident about the series, but the stuff in the gallery looked cool at least.

Since I didn't have to scramble to make appointments or cover all the vendors, I had plenty of time to check out the various sights and sounds around the show floor and around town. It was great to be able to do my own thing at Comic Con! 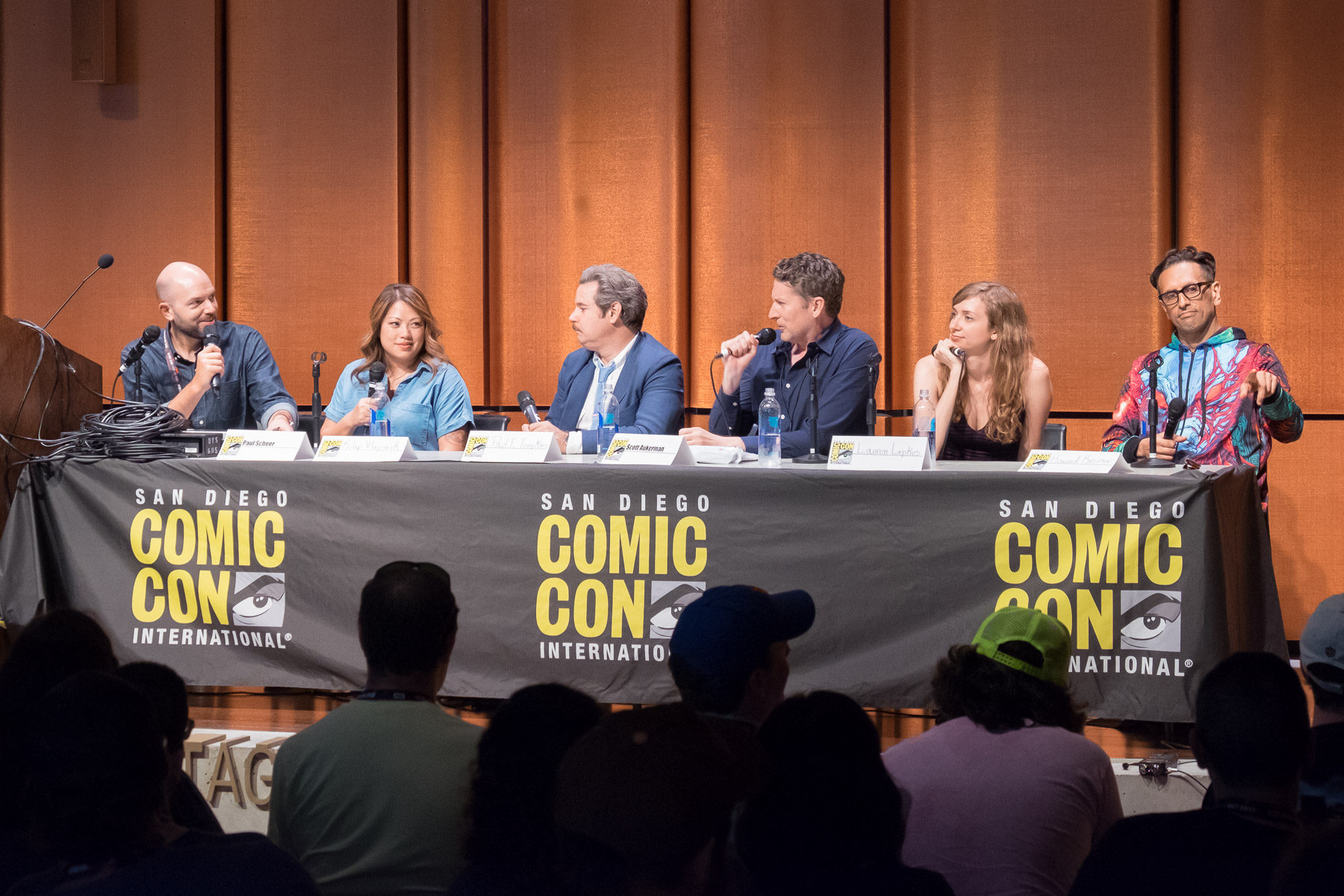 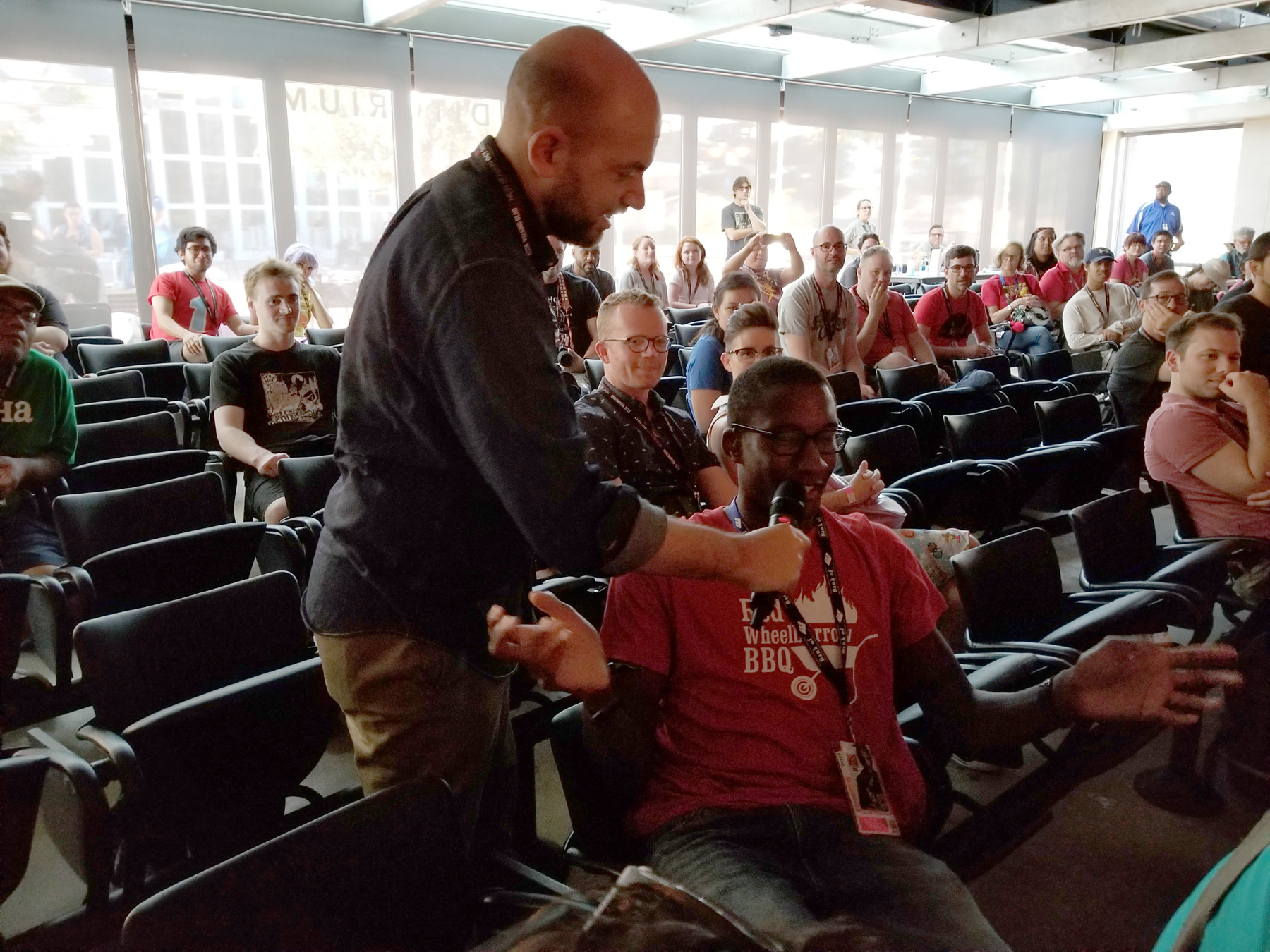 I've always enjoyed SDCC but this year ended up being the best yet. Unfortunately I do think the event is getting too big for its own good. San Diego's downtown infrastructure is already strained, and it can be difficult to even do simple things like find a restaurant to sit down at. You pretty much have to abandon any notion of going to one of the big panels or events unless you plan multiple days around them. Finally, the expense is getting to be pretty steep. So for all these reasons, I'm debating whether or not to go back next year. I love SDCC as it's pretty much nerd heaven, but there are a number of other cons I want to check out and save for. If this is my last SDCC, though, I'm glad I went out with a bang!

Previous Challenge: Getting a painted look for your photos
Next Figure Review: Gwendolyn (Leifthrasir ver.) by Alter